In honor of Women’s History Month, let’s celebrate the social and economic achievements of women. This month we’ll be sharing quotes from some brilliant and accomplished women on our social media pages – all from our upcoming book Beautifully Said by Quotabelle. Here’s a bit about the eight fascinating women behind them!

BORN 1952
CABARET SINGER • NEW AGE RELIGIOUS LEADER • SELF-HELP GURU
Marianne was raised in a Jewish family but found her calling outside of organized religion. As a best-selling author and fiery orator, she’s one of the most influential voices in contemporary spirituality. Central to her message: act out your beliefs in the world—don’t just “dwell in light,” but “be a light.” Marianne has practiced what she preaches by establishing Project Angel Food, cofounding the Peace Alliance, and running for political office. This particular quotation is part of a rousing call that’s often misattributed to the late Nelson Mandela.

BORN 1985
ATTENDANT MAIDEN AT A SHINTO SHRINE • AUTHOR • TIDIEST WOMAN IN THE WORLD
This Japanese organization expert grew up poring over lifestyle magazines, and at nineteen turned her passion into a career as a decluttering guru, clearing people’s homes, lives, and minds. Raised in a culture where it’s not uncommon to think of objects as having souls, Marie developed a trademark tidying method based on one simple question: “Does it spark joy?” (Hint: Keep those things that do; respectfully thank and discard those things that don’t.) Her theories have made such a splash that her name has become a verb: KonMari!

BORN 1969
FINANCIAL INDUSTRY EXEC • “COLOR BRAVE” CHAMPION • BOARD CHAIR
From a humble Chicago beginning, Mellody worked her way from intern to president at Ariel Investments, the largest minority-owned investment firm. She has shattered stereotypes to become chairperson and member of high-powered boards— from Starbucks to DreamWorks Animation—and a leader when it comes to straight talk about race relations. It’s a tough issue, which is exactly why Mellody thinks we need to find the courage to “go there” together, taking action every day in schools and offices, and from local coffee shops to the big screen.

BORN 1982
LATE-BLOOMING DANCER • AWARD-WINNING AUTHOR • VIRAL SENSATION
If not for being coaxed to join a ballet class at a local Boys & Girls Club, thirteen-yearold Misty might never have uncovered her passion and talent for classical dance. An atypical ballerina body didn’t keep her from becoming a toe-shoe–wearing triumph whose performances have wowed in everything from Firebird to Swan Lake. As the first African-American principal dancer at the American Ballet Theatre, she has become a pop-culture icon. Her ongoing story is chronicled through stunning videos, visuals, and texts that nudge us to pursue our own passions, even if they take us down unexpected paths.

BORN 1978
DAUGHTER OF SMALL BUSINESS OWNERS • INVESTMENT BANKER •
CROWDFUNDING PIONEER
A former Wall Street researcher, Danae left behind the world of high finance to revolutionize the industry by giving everyday people access to dreamrealizing capital. Ninety rejections by venture capitalists didn’t stop Danae and her cofounders. By the time she turned thirty, they had launched Indiegogo, the world’s first and largest crowdfunding platform. Since then, Indiegogo has hosted more than 275,000 campaigns in 224 countries— empowering artists, advocates and entrepreneurs to share their message with supporters to win fans and find backing for ideas, big and small.

BORN 1951
CONTRACTOR • RESTAURANT INVESTOR •
PRO BASEBALL TEAM OWNER
This athletic girl who grew up in a poor Albuquerque family with five brothers thrived in two male-dominated fields—construction and pro sports. After her business plan for a construction startup was rejected six times, she parlayed a small loan from her parents and successes on small projects into game-changing contracts, building everything from arenas to high-rises. Linda’s investment in the Colorado Rockies made her the first female and first Hispanic owner in Major League Baseball.
She’s proof that brains and guts form a solid foundation to build upon—one that’s helped her break the “concrete ceiling.”

BORN 1947
JUDGE • LAW PROFESSOR • NOBEL PEACE PRIZE LAUREATE
In 1969, Shirin became Iran’s first female judge. After the 1979 revolution, she was forced to leave the bench to become a clerk in the court she used to oversee. Instead of accepting the demotion, Shirin fought for her lawyer’s license so that she could take on high-profile, probono cases and champion the rights of women, children, refugees, and political dissidents. Today, the cofounder of the Defenders of Human Rights Center is forced to speak from exile in the UK. A face of the Muslim feminist movement, she sees humanitarian work as a “form of worship.”

BORN 1956
PHYSICIAN • ARTS ENTHUSIAST • SPACE EXPLORER
This young Trekkie grew up with cosmic ambitions and went on to make her sky-high dreams come true as the first African-American woman in space . . . not to mention the first real-life astronaut to appear in a Star Trek series. After serving as a Peace Corps medical officer in Liberia and Sierra Leone, Mae was selected from among two thousand applicants to be a mission specialist aboard NASA’s Endeavor shuttle. She conducted life-science experiments and bone-cell research while making 127 orbits around the Earth. Today, this former physician, professor, and founder of two tech companies is only accelerating from rocket ships to starships as the principal of an organization that’s leading the way to a future that includes travel to and from the stars. 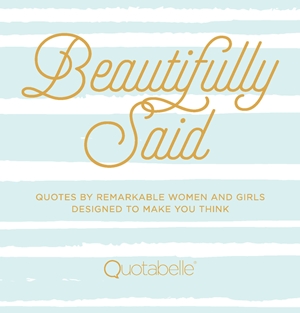 Where are all the great things she has said? Less than 15% of all the quotes in the universe of quotations are from women. Quotabelle is working to fix this supply problem. Beautifully Said, which brings together the words of famous and accomplished women from both history and today, is an inspiring gift for any girl or woman. Each quote is paired with a carefully-researched profile that will teach you about the brilliant and memorable women behind these provocative words.

Looking for a quote by a woman to inspire your daughter, sister, mother, or friend? This collection is a timely gift that speaks to our contemporary moment.

If you have any comments on this article please contact us or get in touch via social media.
15-Step Fender Replacement
Pure Presence Practice
See Lives Books 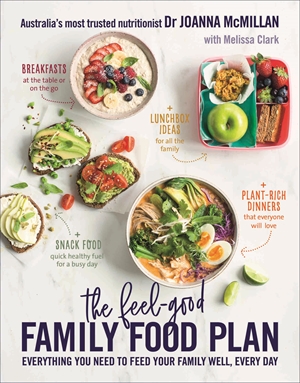 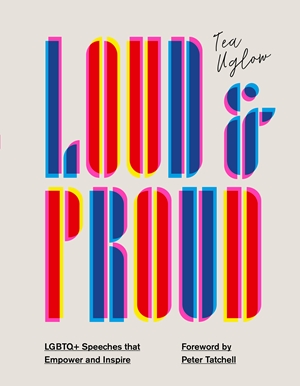 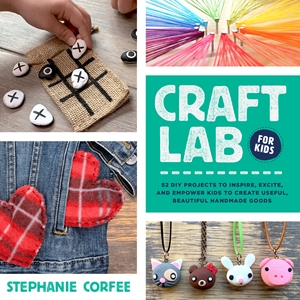 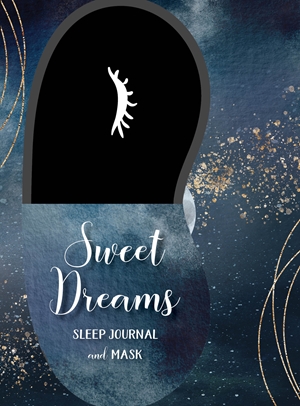