Jenny Devenny, a licensed therapist, and the author and illustrator of Race Cars: A Children’s Book About White Privilege, discusses privilege, power and oppression through the lens of a race car.

This interview was excerpted from the We Need Diverse Books article Introducing Racial Bias To Even the Youngest Readers: A Q & A with the creators of Race Cars: A Children’s Book About White Privilege

Why did you write Race Cars: A Children’s Book About White Privilege? Why did you choose the metaphor of a race car?

I originally wrote Race Cars five years ago when I was completing my Masters at the Silberman School of Social Work in New York City. I was taking a course there focused on engaging students in conversations about privilege, power and oppression with the goal of creating an anti-racist social workforce. I wrote Race Cars: A Children’s Book About White Privilege as a final project for this course.

At the time, I was working with children in the NYC public school system. So much of the work we were doing was focused on undoing racism and unlearning these preconceived notions we have about the world – and I thought “If we started much younger before children become set in their beliefs, what would that look like?” So Race Cars became my way of answering this question of how you start having conversations about racism and privilege with kids.

I used the metaphor of a race car to talk about racism because I wanted to start with an accessible concept that children could easily grasp. But the metaphor was always used with the intention of having an extensive discussion section to encourage adults to help their kids connect the story to real life.

Also, the book is a reflection of the real race car industry. When you look at Formula 1 and NASCAR, there are these huge barriers to entry that have led these sports to be predominantly white. Formula 1 is one of the most expensive sports to participate in. Lewis Hamilton is the first (and still only) Black driver in Formula 1 history. So I felt it was very relevant.

What do you hope educators take away from this story?

Race Cars is a great springboard for conversations about racism and privilege, but even before getting into those conversations you want to make sure the foundation is there. A great place to start would be the book Anti-Bias Education for Young Children and Ourselves by Louise Derman-Sparks and Julie Olsen Edwards, which does a wonderful job of clearly outlining the goals of Anti-Bias Anti-Racist (ABAR) education and ideas for how to achieve these goals in a classroom setting. Race Cars should be used as part of a much wider anti-racist curriculum.

As an educator you also want to consider your environment, your own actions and the institution you are teaching in and what that may be communicating to your students. Kids can tell when your anti-racist curriculum does not translate into anti-racist policies including your school’s barriers to entry, hiring practices, etc. Race Cars highlights a systemic problem. Ace, the individual white car does not intend to bring harm to his friend Chase, the Black car, but he benefits from a system set up for white cars to succeed with rules set by an all white committee that may look an awful lot like the leadership at your school. Are you ready to have that conversation?

Let’s talk about you for a moment! How did you come to anti-bias/anti-racism work? Can you tell us about your career?

First of all, I’m a social worker by profession and I think that if you are a social worker and you’re not practicing with an anti-racist, equity lens, then chances are you are causing harm to the very communities you’re trying to serve. But I initially became interested in anti-racist work years ago before I even had a name for it. I grew up in NYC, which is one of the most diverse cities in the world. However, I attended public schools from K-11th grade and watched as the demographics of my classes got more and more white as I got older for various reasons including standardized tests and other screening processes that disproportionately benefit more affluent, white students and that I definitely benefited from. Of course, at the time I did not have the context to understand why this was happening and attributed it to my own hard work. It was not until later that I would come to understand the structural racism built into our education system that allows white children to succeed and makes it harder for children of color.

In 11th grade, I was sent to a “progressive”, “diverse” private school on a scholarship. It was at this private school where I first was introduced to anti-bias/anti-racism work. I remember feeling so proud to attend such a “progressive” school and wondering why I had never learned these things in my previous schools. That changed quickly after several racist incidents occurred, which revealed the hypocrisy of this institution. And really, how could it ever be as “inclusive” as it had claimed to be with its astronomical tuition fees and all white leadership? This experience helped me to think critically about what Nikole Hannah-Jones termed the “curated diversity” of our institutions. Pretending to be interested in equity while actually just perpetuating white supremacy and replicating the status quo.

As a therapist, why do you believe it is important to talk to young children about white privilege?

As kids try to make sense of their environment, they are exposed to pervasive cultural messages and pick up on the ways in which whiteness is normalized and privileged in society. White children are afforded a range of privileges and protections that children of color are not, and without explaining the structural racism behind those privileges, kids may infer that they are caused by inherent differences between groups. In other words, they may start to believe that white people have more privilege because they are inherently, somehow, smarter or better or that they work harder. This book dispels the myth of meritocracy, and reminds the reader that the playing field was never level in the first place. Helping kids to see how racism is systemic supports BIPOC children in resisting social messages of racial inferiority and supports white children in developing a positive self-concept that enables them to like who they are without needing to feel superior to anyone else.

Prior to becoming a social worker I actually worked for years as a graphic designer in various marketing roles, so I have a lot of experience thinking about how to use illustrations to communicate clearly and effectively. The book deals with such complex topics that I felt it was important to keep the visuals simple and repetitive so that it would be easy to follow and so that any significant changes in the story, such as the new obstacles introduced in the race, and the increasing emotionality of the characters, would be more pronounced.

The illustrations (and my design style in general) are also very much influenced by my favorite designer, Saul Bass.

Jenny Devenny, LCSW is a psychotherapist, author, illustrator and native New Yorker currently living in Los Angeles with her husband and son. She is dedicated to providing anti-racist psychotherapy to children, adolescents and families and has experience facilitating groups and workshops on racism and white privilege. Jenny is passionate about helping adults, specifically white adults, have meaningful conversations about race with the children in their lives and believes that if we want to dismantle white supremacy we need to start with our youngest. Find her on Instagram @jennydevennylcsw. 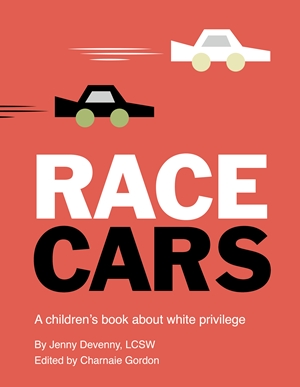 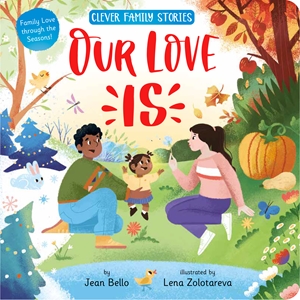 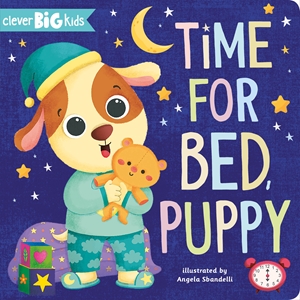 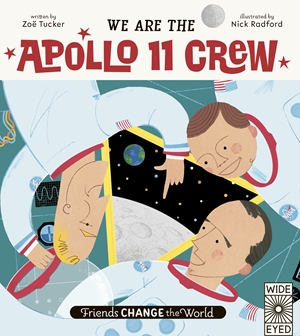 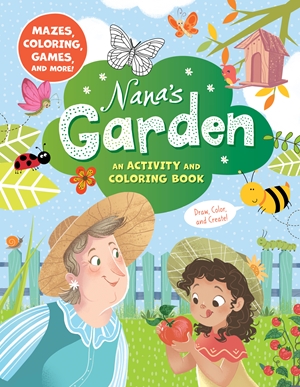 Nana's Garden: An Activity and Coloring Book
$4.99
Buy in UK / Europe
Buy in US / Canada