Snow crystals can be found in a marvelous diversity of sizes and shapes. Some forms are common, appearing in most snowfalls, while a number of exotic types are seen only infrequently. What you find depends on the weather conditions in the clouds, especially the temperature and humidity surrounding each crystal as it grows.

This intricate work of nature is mesmerizing in its infinite diversity, and photographers Kenneth Libbrecht and Rachel Wing have captured this frozen artistry in their gorgeous book, The Snowflake. Here they introduce readers to one of the headliners of the snowflake cast: a type of snow crystal called the stellar dendrite.

The largest snow crystals are branched snow stars, or stellar dendrites. The word dendrite derives from the Greek word for tree, and these snow crystals display six main branches flanked by additional sidebranches.

When the sidebranching is especially extravagant, the crystals resemble lacy garden ferns, so these are called fernlike stellar dendrites. If a stellar crystal has no sidebranches at all, we call it a simple star.

Stellar dendrites fall with sizes up to around one-quarter of an inch (about 6 millimeters)—occasionally even larger. You can spot them easily on your coat sleeve, and you get a clear view using just a simple magnifier. Although large in diameter, stellar dendrites are surprisingly thin and flat; a large specimen might be one hundred times wider than it is thick. These crystals put the “flake” in snowflake.

Stellar dendrites are among the most common of the snow crystal types. They form when the temperature is near 28 degrees Fahrenheit (–2 °C) and also when it is near 5 degrees Fahrenheit (–15 °C), as seen in the snow crystal morphology diagram. At times, a snowfall might drop almost entirely stellar dendrites. If there is little wind, the thin flakes drift lazily down from the clouds in a most unhurried fashion, embracing the landscape in a serene snowfall.

Snowflake photographers are always happy to see stellar dendrites falling from the clouds, as nature brings her full artistic talents to bear when making these showy crystals. Their intricate branched patterns make stellar dendrites a feast for the eye and an excellent subject for the camera.

Fernlike stellar dendrites are the fastest growing snow crystals, reaching full size in as little as fifteen minutes. Their rapid growth drives the formation of many irregularly spaced sidebranches. Although it has a complex structure, a fernlike stellar dendrite is still a single crystal of ice, so the water molecules are all lined up from tip to tip. As a result, each sidebranch grows outward at a 60-degree angle from its main branch, and the sidebranches are parallel to neighboring primary branches.

MONSTER SNOW CRYSTAL | To our knowledge, this is the largest snow crystal ever photographed—a fernlike stellar dendrite measuring just over 10 mm (0.4 inches) from tip to tip. We have witnessed such large crystals only twice, both times in Cochrane, Ontario, and both times for just a few short minutes. Each branch holds first-generation sidebranches along with second-, third-, and even fourth-generation sidebranches. Higher-order sidebranching like this is rare in snow crystals. Photo credit: Kenneth Libbrecht and Rachel Wing / The Snowflake: Winter’s Frozen Artistry

Powder skiers are especially happy to see a storm dropping lots of fernlike stellar dendrites. The barbed branches and light weight of these crystals mean they pack loosely together when they land. If the resulting snowpack is light enough, it may warrant being called “champagne powder.” This is the kind of effervescent snow that gives skiers the feeling that they are floating down the slopes.

Take a deeper look at the unique, hidden beauty of winter with the world’s foremost snowflake expert.

From ten thousand feet above the Earth, a snowflake begins its fall. Its journey starts when ice forms around a nucleus of dust and is blown by the winds through clouds where the crystals blossom into tiny ice stars. Because it weighs next to nothing, a snow crystal may take hours to fall–finally landing where Caltech physicist Kenneth Libbrecht can use microphotography to record the tiny, intricate, frozen artistry of the snowflake. In The Snowflake: Winter’s Frozen Artistry, Libbrecht teams with author Rachel Wing to create the most fascinating book on snowflakes ever published. This book defines the art and science of snowflakes for generations.

Join Libbrecht and Wing as they charmingly chronicle the creation of snow crystals, both in nature and in the laboratory. The Snowflake: Winter’s Frozen Artistry touches the hand of Mother Nature, showing incredible microphotography of individual snow crystals from all over the world. The book tells the history of snowflake observations mixed with an entertaining blend of tales of hunting snowflakes, snowflakes in literature and art, and the science of snowflakes, to bring a flurry of delightful snowflakes into the hands of warm-bodied humans everywhere. With this captivating book, we can better appreciate snowflakes, winter’s frozen artistry.

Kenneth Libbrecht is a professor of physics at Caltech, where he studies the molecular dynamics of crystal growth, especially how ice crystals grow from water vapor, which is essentially the physics of snowflakes. He has authored several books on this topic, including The Snowflake: Winter’s Secret Beauty, The Art of the Snowflake, and Ken Libbrecht’s Field Guide to Snowflakes. He lives in Pasadena with his wife, Rachel Wing. They have two children.

Rachel Wing is a park ranger for the city of Monrovia, California, at the foot of the San Gabriel Mountains. With a background in geology, she now specializes in balancing wilderness preservation with wildfire safety for nearby residents. Rachel loves to hike and climb in these hills, especially on the rare occasions when snow graces our desert-like plants. She has been accompanying Ken Libbrecht as a snowflake chaser for nearly 20 years.

If you have any comments on this article please contact us or get in touch via social media.
Ford Total Performance: Showroom Supercar
The Curious History of the Crossword Puzzle
See Homes Books 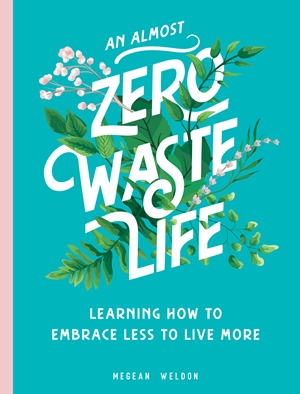 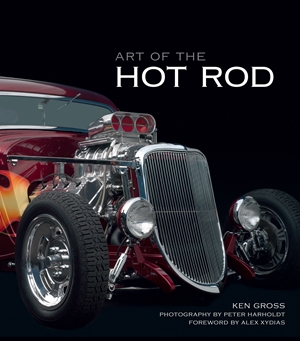 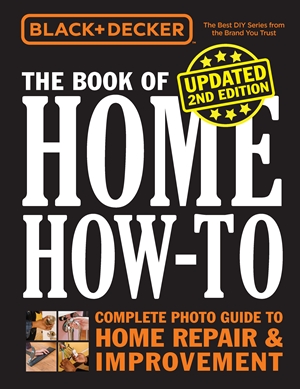