The fables and morals of Aesop have been passed down through generations for thousands of years. Here are there of these famous stories from Aesop’s Fables.

The Lion and The Mouse

A Lion asleep in his lair was waked up by a Mouse running over his face. Losing his temper he seized it with his paw and was about to kill it. The Mouse, terrified, piteously entreated him to spare its life. “Please let me go,” it cried, “and one day I will repay you for your kindness.” The idea of so insignificant a creature ever being able to do anything for him amused the Lion so much that he laughed aloud, and good-humoredly let it go. But the Mouse’s chance came, after all. One day the Lion got entangled in a net which had been spread for game by some hunters, and the Mouse heard and recognized his roars of anger and ran to the spot. Without more ado it set to work to gnaw the ropes with its teeth, and succeeded before long in setting the Lion free. “There!” said the Mouse, “you laughed at me when I promised I would repay you: but now you see, even a Mouse can help a Lion.”

The Mistress and her Servants

A Widow, thrifty and industrious, had two servants, whom she kept pretty hard at work. They were not allowed to lie long abed in the mornings, but the old lady had them up and doing as soon as the cock crew. They disliked intensely having to get up at such an hour, especially in winter-time: and they thought that if it were not for the cock waking up their Mistress so horribly early, they could sleep longer. So they caught it and wrung its neck. But they weren’t prepared for the consequences. For what happened was that their Mistress, not hearing the cock crow as usual, waked them up earlier than ever, and set them to work in the middle of the night.

The Wolf in sheep’s Clothing

A Wolf resolved to disguise himself in order that he might prey upon a flock of sheep without fear of detection. So he clothed himself in a sheepskin, and slipped among the sheep when they were out at pasture. He completely deceived the shepherd, and when the flock was penned for the night he was shut in with the rest. But that very night as it happened, the shepherd, requiring a supply of mutton for the table, laid hands on the Wolf in mistake for a Sheep, and killed him with his knife on the spot.

Written down two thousand years ago in ancient Latin and Greek, the fables and morals of Aesop have been passed down through generations and were first published in English in 1484. This collectible edition, packaged in a beautiful, vibrant clothbound hardcover, includes 284 fables with 80 color and black-and-white illustrations by Milo Winter.

If you have any comments on this article please contact us or get in touch via social media.
Rolls-Royce; Still the Finest Cars in the World?
3 Aromatherapy Recipes to Balance Your Equilibrium
See Gifts Books 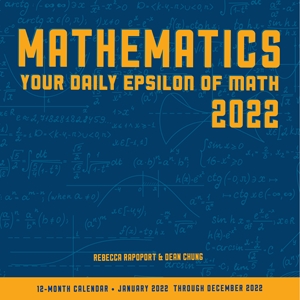