The Lockheed SR-71 “Blackbird” is arguably the coolest aircraft in Air Force history. During the Cold War, this spy plane flew more than three-and-a-half times the speed of sound, so fast that no other aircraft could catch it. The following legend of the SR-71 is excerpted from the new book, SR-71: The Complete Illustrated History of the Blackbird, The World’s Highest, Fastest Plane. In the excerpt, the author, Richard Graham reveals his research on a discrepancy about whether President Lyndon Johnson referred to the aircraft SR-71 or RS-71.

Refueling in conditions like this allowed crews to watch the sunset in the west, then see it rise again in the west as they began their acceleration and cruise leg and “caught up” with the setting sun. Lockheed Martin

ON JULY 24, 1964, President Lyndon B. Johnson gave a news conference at the State Department auditorium with 315 people in attendance. For years I had heard that President Johnson became dyslexic when he announced for the ?rst time that the United States had developed a Mach 3 reconnaissance aircraft. Legend says that President Johnson was supposed to name the Blackbird the “RS-71” and that he confused the letters, reversed them and said “SR-71.”
In 2000 I decided to research this. I contacted the Lyndon Baines Johnson Library in Austin, Texas. Mr. Michael Parrish, the archivist there, sent me a copy of the speech LBJ made that day in 1964:
Good afternoon, ladies and gentlemen. I would like to announce the successful development of a major new strategic manned aircraft system, which will be employed by the Strategic Air Command. This system employs the new SR-71 aircraft, and provides a long-range, advanced strategic reconnaissance plane for military use, capable of worldwide reconnaissance for military operations.
The Joint Chiefs of Staff, when reviewing the RS-70, emphasized the importance of the strategic reconnaissance mission. The SR-71 aircraft reconnaissance system is the most advanced in the world. The aircraft will ?y at more than three times the speed of sound. It will operate at altitudes in excess of 80,000 feet. It will use the most advanced observation equipment of all kinds in the world. The aircraft will provide the strategic forces of the United States with an outstanding long-range reconnaissance capability. The system will be used during periods of military hostilities and in other situations in which the United States military forces may be confronting foreign military forces.
The SR-71 uses the same J-58 engine as the experimental interceptor previously announced, but it is substantially heavier and it has a longer range. The considerably heavier gross weight permits it to accommodate the multiple reconnaissance sensors needed by the Strategic Air Command to accomplish their strategic reconnaissance mission in a military environment.
This billion dollar program was initiated in February of 1963. The ?rst operational aircraft will begin-?ight testing in early 1965.Deployment of production units to the Strategic Air Command will begin shortly thereafter. Appropriate Members of Congress have been kept fully informed on the nature of and the progress in this aircraft program. Further information on this major advanced aircraft system will be released from time to time at the appropriate military secret classi?cation levels.
The remainder of his speech went on to other subjects. In all three places where President Johnson’s speech text stated “SR-71,” the audio tapes reveal he said, “SR-71.” The LBJ library also sent me a copy of the “Stenotype Transcript of Press Conference.”
In those days the White House used a stenographer writing in shorthand what he heard, or thought he heard, the president saying.
However, it was the stenographer who got dyslexic and in his transcript wrote “RS-71” in all three places where President Johnson said, “SR-71.” The stenographer’s version was handed out to the press reporters that day. I am sure the reporters looked at the handout and must have said, “I’m positive Johnson said SR-71 . . .this reads RS-71? He must have got it backwards.” In actuality, it was the stenographer that got it backwards. However, in slight defense of the stenographer, President Johnson’s ?rst reference to the RS-70, a reconnaissance version of the ill-fated Valkyrie, most likely caused the confusion.

Buy from an online retailer:
US:

At the height of the Cold War in 1964, President Johnson announced a new aircraft dedicated to strategic reconnaissance. The Lockheed SR-71 Blackbird spy plane flew more than three-and-a-half times the speed of sound, so fast that no other aircraft could catch it. Above 80,000 feet, its pilots had to wear full-pressure flight suits similar to what was used aboard the space shuttle. Developed by the renowned Lockheed Skunk Works, the SR-71 was an awesome aircraft in every respect, and it took the world by storm.
The SR-71 was in service with the U.S. Air Force from 1964 to 1998, when it was withdrawn from use, superseded by satellite technology. Twelve of the thirty-two aircraft were destroyed in accidents, but none were ever lost to enemy action.
Throughout its thirty-four-year career, the SR-71 was the world’s fastest and highest-flying operational manned aircraft. It set world records for altitude and speed: an absolute altitude record of 85,069 feet on July 28, 1974, and an absolute speed record of 2,193.2 miles per hour on the same day. On September 1, 1974, it set a speed and time record over a recognized course between New York and London (3,508 miles) of 1,435.587 miles per hour and an elapsed time of 1 hour, 54 minutes, 56.4 seconds.
SR-71 covers every aspect of the SR-71’s development, manufacture, modification, and active service from the insider’s perspective of one its pilots and is lavishly illustrated with more than 200 photos.

If you have any comments on this article please contact us or get in touch via social media.
Improve Your Workspace with a Potting Bench
Beat Procrastion: Create Your Own Artist’s Ritual
See Drives Books 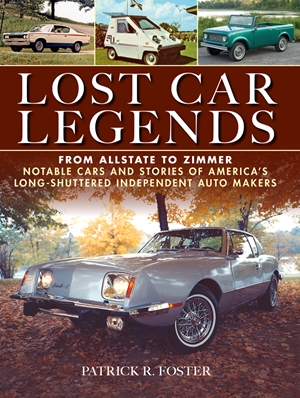