It’s Muscle Car Monday, and this week we’re looking back at a classic: the 1969 Dodge Charger Daytona. We found this gem in Top Muscle, by Darwin Holmstrom.

Throughout the late 1960s, Chrysler exhibited a single-minded focus on regaining the NASCAR Grand National championship from Ford. Like Ford, Chrysler developed its racing Hemi engine about as far as possible, given the technological limitations of the day. And also like Ford, any increase in performance had to come through increases in aerodynamic efficiency. In 1968, Chrysler’s designers took the aerodynamically awful Dodge Charger into the wind tunnel and began crafting a car as slippery as the Ford Torino and Mercury Cyclone twins. The most notable features of the Charger 500 that resulted from this work were a flush-mounted front grille and a flush-mounted rear window in place of the tunnel-type rear window used on the regular-production Charger. Though stylish, this tunnel contributed to terrible airflow over the car and held down top speeds on NASCAR tracks.

With the Charger 500, Chrysler took a much improved aerodynamic package to Daytona for the running of the 1969 Daytona 500. Unfortunately for Chrysler, Ford presented an even more aerodynamic version of the Torino and Cyclone couplet, the Torino Talladega and the Cyclone Spoiler. The Ford cars used the same basic aerodynamic tricks as the Charger 500—flush grille, flush-mounted glass—to greater effect. A Ford Talladega won the 500 that year.

Chrysler declared all-out war on Ford, as well as any other company impudent enough to challenge Mopar supremacy on NASCAR’s superspeedways. Its designers returned to the wind tunnel and emerged with the single most insane automobile of the entire muscle car era: the Dodge Daytona. The new Daytona featured an 18-inch prosthetic nose designed to reduce frontal area and provide downforce at speed. In back, to balance the downforce up front, the car featured a huge wing placed on 23-inch-tall uprights. To provide downforce in racing, the wing needed to be raised only 12 inches from the rear deck, but Dodge designers placed it almost twice that high to allow the trunk lid to open on street-going versions of the car. This aerodynamic package made the racing version of the car good for top speeds of nearly 250 mph.

Though the race versions all had Hemis, this particular example has a 440 Magnum engine. In 1966, Chrysler had introduced a 350-horsepower, 440-cubic-inch engine for its full-sized luxury cars, the Imperial and New Yorker. Because it gained its extra displacement in part through an increased stroke, Chrysler dubbed the engine family the RB series, with “RB” standing for “raised block.” When used in the sporty B-body cars, the engine received a hot-rodding treatment consisting of special heads with 10 percent larger valves and stiffer valve springs, hotter camshafts, and a huge Carter AFB four-barrel carburetor. These tricks raised the horsepower rating to 375, the highest of any engine equipped with hydraulic lifters.

But peak horsepower was not what this engine was all about. It was about lots and lots of tire-smoking torque. The 440 Magnum and 440 Super Commando, as it was called when mounted in a Plymouth, churned out 480 ft-lb of torque. While the Hemi produced more power on paper, in reality the street Hemi was never really a finished street engine, and in stock form a 440 could run away from the Hemi in a quarter mile. Once a skilled tuner had his way with the Hemi, that situation was reversed, but in stock form the smart money was always on the 440.

This particular example was never registered, but it has 26,000 miles on the clock.  That’s a lot of miles for a car that was never registered for street use. The reason for this is that, like so many of the winged wonders Chrysler built to homologate the outrageous machine for NASCAR racing, this car had a hard time finding a buyer. But that doesn’t mean it just sat collecting dust on some forgotten corner of the dealer’s lot—it logged the vast majority of those 26,000 miles with a dealer’s license plate. Perhaps someone was even given this car as a loaner while his or her Polara was getting a new fan belt or lube job.

A muscle-car book unlike any other, featuring the rarest vehicles on Earth. In the 1960s, something explosive happened in the automotive world: the United States’ evolving V-8 engine technology was met by 75 million baby boomers, all with an extreme need for speed and all entering the auto market at the same time. The result was the golden era of factory muscle cars, brutish machines that were unlike any the world had ever seen or will likely ever see again–they truly embodied the “sex, drugs, and rock-and-roll” generation. For some, even a factory muscle car wasn’t enough. Detroit automakers responded, secretly building some of the most outrageous muscle cars ever created behind their superiors’ backs and ultimately creating some of the most powerful vehicles ever sold to the public. In Top Muscle, author Darwin Holmstrom chronicles the ultimate collection of these super-rare high-performance beasts. Captured by the lens of renowned auto photographer Randy Leffingwell, these cars represent the absolute zenith of the most valuable collector cars in existence, with fascinating histories that illuminate the wildest age in American automotive history. The Brothers Collection features over 600 cars, including such rarities as:

– The very first Chevelle SS454 LS6 off the assembly line

– The very last Hemi ‘Cuda convertible Plymouth produced, One of the eight convertible Trans Am Ram Air III Firebirds that Pontiac built in 1969.

If you have any comments on this article please contact us or get in touch via social media.
The Importance of Lines in Fashion
A Journey Through Space: Asteroids
See Drives Books 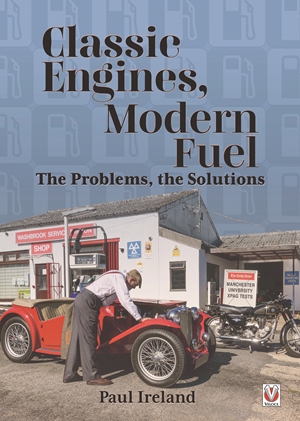 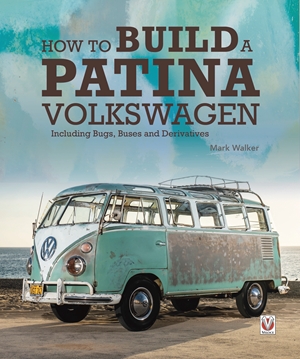