Railroad stations can be some of the most nostalgic and beautifully maintained pieces of architecture to regard throughout your travels. They have a unique aesthetic that reflect the history and culture of the land. Check out this excerpt on a classic American terminal, Chicago’s Union Station, from Brian Solomon’s Railway Depots, Stations & Terminals.

Chicago Union Station is a survivor—and an elegant one. It is the only intercity passenger station today in the nation’s railroad center. Chicago, known as America’s Railroad Capital, once had six mainline stations serving eastern and western railroads. It is the third-busiest station in the United States, with more than 300 trains per weekday carrying about 120,000 arriving and departing passengers. Most use Metra commuter trains.
The station is the hub for Amtrak’s regional trains serving the Midwest as well as most of its overnight trains. Soon after Amtrak was established in 1971, it concentrated Chicago intercity operations at Union Station. Amtrak gained ownership of the station in 1984 and completed a major remodeling in 1992.

The concept for a union station in Chicago dates to the 1909 Plan of Chicago prepared for the Commercial
Club of Chicago by architect Daniel H. Burnham’s firm, particularly Edward H. Bennett, who supervised, and W.
Peirce Anderson, the lead designer. The published plan, with Burnham’s imprimatur, emphasized Beaux Arts architecture.

It recommended a magnificent east-west corridor that would have passed through the Loop and over the Chicago
River, leading to both a union station for many of the city’s passenger lines—not only a few—and a massive public
auditorium. The east-west plan inspired proposals until the 1950s, but was little realized.

When Chicago Union Station Company was incorporated in 1913, four railroads were involved: The Pennsylvania Railroad (through two subsidiary corporations), with 50 percent of the stock; the St. Paul and Burlington, each with 25 percent; and Chicago & Alton as a tenant. It took twelve years to plan and build and dedicate the station on July 25, 1925 (Burnham died in 1912). Mary Colter, the Santa Fe’s southwestern architect, designed the Fred Harvey restaurants and shops in the station. In the 1930s, Union Station emerged as hub for a variety of new streamlined trains, including Burlington’s Twin Zephyr, Milwaukee Road’s high-speed Hiawatha (running to Milwaukee and the Twin Cities), and after 1938, Pennsylvania’s elegant re-equipped Broadway Limited. Traffic peaked during World War II. Yet some new postwar services were introduced, including Budd Domeliner California Zephyr that connected Chicago with San Francisco by way of Denver.

The structure retained its architectural integrity for many years. A major change, demolishing the concourse in 1969,
made space available for a thirty-five-story office building. Now, more renovations are being planned to open up the
Amtrak waiting area, a crowded space since the concourse was replaced. The Great Hall today is bright and sunlit, but not available as a passenger waiting area during special events.

Crowds of passengers move through Gate 22 at Chicago Union Station to board Gulf, Mobile & Ohio’s The Limited for St. Louis in 1964. GM&O was a tenant, rather than owner, of the station. John Gruber

Below middle: The classic pillars and arches are an enduring symbol of Chicago Union Station. In 1964, a man walks next to the pillars, oblivious to the historic significance of the structure. John Gruber

Below right: Surrounded by space cleared for future high-rise buildings, the profile of the Chicago Union stands out against the night sky in 1964. A sign advertising the Fred Harvey restaurants hangs on the side of the concourse. Although the main station survives, the concourse was demolished in 1969. John Gruber

Of all the surviving veteran employees of Chicago Union Station, Art Anderson of Downers Grove, Illinois, probably
has the most information about the entire operation and its family of employees. He worked there first from 1968 to 1971,returned in 1979, and served as stationmaster from 1985 to 1988 just after Amtrak’s purchase and takeover of station operation. Anderson remembers the sense of camaraderie, the pride in the workplace, the desire to provide the best possible service for travelers, and the cooperative efforts to get long-distance trains from both coasts into the station on time. It was all a part of the culture of the workplace and of the Chicago Union Station company. The employees had to satisfy the demands of four railroads for platform space and open tracks, as well as answer questions about buying tickets on competing routes like Chicago-to-Minneapolis without favoritism. If the Pennsylvania wanted its Broadway Limited to move to its place at the station platforms at the same time as the Burlington wanted to move two sections of the Denver Zephyr, diplomacy was required since they could not move into the station at the same time.

For all its majesty, the station does not get covered very often. Alfons Weber showed “Picture Possibilities in the New Union Station of Chicago” in Photo Era in October 1925. Jack Delano made an extensive documentary of the station for the Farm Security Administration/Office of War Information in January and February 1943, covered in the Center for Railroad Photography & Art’s exhibit at the Chicago History Museum and the book Railroaders: Jack Delano’s Homefront Photography (2014) by John Gruber, et al. Gruber’s, “CameraEye’s View of Chicago Union Station” in Trains, August 1965, explored the structure’s “aging dignity,” a dignity that again will be a part of the Chicago railroad scene. —John Gruber

From the railway’s beginnings, the station building, itself, had civic importance greater than ordinary structures. Let historian Brian Solomon show you how beautifully it filled that role.
The railway station has a special role in people’s lives. Stations have served as the gateway to the world’s great cities and the point of contact for remote towns. The inherent nature of the station is different from that of other buildings; it is an entrance, an exit, a place to rest, and a stop along the way. It can be the first thing a traveler sees and the last memory of a favorite city. Facing both the street and the tracks, the station is naturally a point of departure and a face of the city it serves.

If you have any comments on this article please contact us or get in touch via social media.
Learn about the importance of freedom with Flyaway!
Magic Coin Tricks
See Drives Books 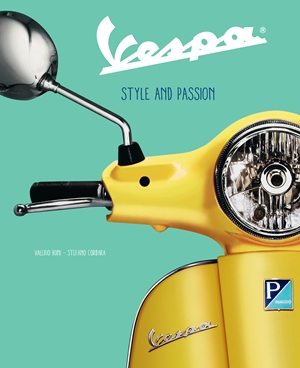 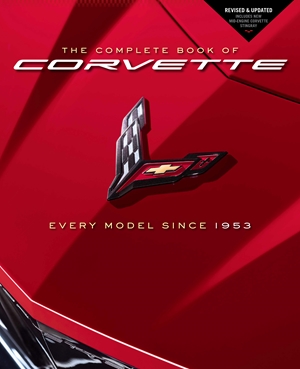