Are you old enough to remember 1973? Tricky Dick Nixon was the Prez, The Godfather topped the Oscars, there was an oil embargo, national highway speeds were cut to 55 mph, Richard Petty won his 4th Daytona 500, and All in the Family was the most popular show on TV. And clothing fashion was about as zany as it gets. Whether you were there or not, as a motorcycle enthusiast you may be interested in what the Ducati lineup was like back then.

Rather than looking dated, the Italian-made bikes from that period are actually pretty sharp-looking. From The Complete Book of Ducati Motorcycles is a closer look at what emerged from the loading docks of the Borgo Panigale plant in 1973.

The 1973 750 Super Sport was based on the 750 Sport and had black engine covers. This was the Cycle magazine racing bike of 1975–1976, since restored to original street specification.

Although Ducati was still basking in the Imola success, sales remained stagnant and EFIM considered Ducati’s management financially irresponsible. During 1973, a new director, Cristiano De Eccher, replaced Milvio and Spairani, to make the Borgo Panigale plant more profitable. De Eccher immediately curtailed the racing program, sanctioning only two events (Imola and the Barcelona 24-hour race), and initiated the demise of the 750 and overhead camshaft singles, both deemed too expensive to manufacture. As Ducati increased the prices of the overhead camshaft singles, Berliner chose not to import them, instead sourcing the 250 and 350 from Mototrans in Spain.

Ducati fielded three special short-stroke racers in the 1973 Imola 200. Spaggiari (No. 84) finished second. The others were ridden by Bruno Kneubuhler ( No. 86) and Mick Grant (No. 85). Taglioni is behind. (Ducati)

Despite this rather gloomy outlook, production at Borgo Panigale remained healthy, with 7,632 motorcycles manufactured. And Ducati was still very successful on the track, Bruno Spaggiari finishing second in the Imola 200 on a special short-stroke 750 and Benjamin Grau and Salvador Canellas winning the Barcelona 24-hour race at Montjuïc on a prototype 860.

Immediately after the Imola victory, Spairani promised production Imola Replicas, but the first of these didn’t appear until mid-1973. The first 750 Super Sports were initially modified 750 Sports, and while only a few were built, one went to Cycle magazine in California where Cook Neilson and Phil Schilling subsequently developed it into a competitive Superbike.

Setting the Super Sport engine apart from the Sport were the desmo heads, 40mm carburetors, and special con rods, while the chassis included triple disc brakes, a half fairing, and a large fiberglass tank with the trademark clear-stripe instant fuel level gauge. While the 750SS styling was a joint effort between Taglioni, Neri, Farnè, and Ducati’s racing subsidiary NCR, the 750 Sport was restyled by Leopoldo Tartarini for 1973, now with a narrow rear subframe and new decals for the fiberglass bodywork. The 750GT gained a steel gas tank and side covers, and an Italian Scarab front brake replaced the British Lockheed, but in other respects the specifications were unchanged.

One of Ducati’s most impressive styling efforts of any era: the 1973 750 Sport.

For 1973, the 750GT gained a steel gas tank and side covers. Eurospec versions like this had black fork legs and rear shock covers.

1973 750 GT engines at the factory toward the end of 1972. Most GTs this year had an electronic tachometer and no mechanical drive off the front cylinder. Note the factory lead seal underneath the crankcase. (Allan Tannenbaum)

Updates to the range of overhead camshaft singles saw the adoption of Ducati Elettrotecnica or Motoplat electronic ignition and a new headlight and instruments. The Scrambler and Mark 3 gained a 35mm Marzocchi front fork, Borrani wheels, and the double-sided front brake, while the Desmo was restyled (also by Tartarini) to replicate the 750 Sport. This included a new one-piece fiberglass seat/tail piece. The two-stroke 50 Scrambler also made a brief return.

The 1973 250 Scrambler. This now had an engine supplied by Mototrans in Spain. (Ducati)

Tartarini supplied new styling for the 1973 Desmo single. Retained this year was the drum front brake.

The 450 Mark 3 was also updated for 1973, now with the Desmo’s wheels, brakes, and suspension, along with attractive blue colors.

From the single-cylinder bikes of the 1950s to the high-performance sportbikes of today, The Complete Book of Ducati Motorcycles showcases the entire spectrum of Ducati.

Legendary Ducati motorcycles have something of a rags-to-riches story. This Italian motorcycle manufacturer began by selling motorized bicycles to impoverished residents of post-World War II Italy. Today, Ducati is the world’s premier manufacturer of street motorcycles whose sales continue to rise year after year. Its svelte, hyper-accelerating motorcycles are two-wheeled wonders that are fluent in the language of speed.

The Complete Book of Ducati Motorcycles traces the stunning chronology of the motorcycles dreamed up by Ducati, from the 1950s to present day. Laid out for the first time in encyclopedia form with gorgeous photography and insights from Ducati expert Ian Falloon, this book offers motorcycle enthusiasts a closer look at the craftsmanship, power, and beauty of these extraordinary motorcycles. The book features all of the motorcycles from Ducati’s storied history, including the groundbreaking Desmodromic 750 Super Sport, the Mike Hailwood Replica, the Superbike-dominating 916, and the epic Panigale.

From the street bikes that gave birth to the very notion of the modern superbike to the racing motorcycles that dominated tracks in Great Britain, Europe, and North America since the latter part of the twentieth century, The Complete Book of Ducati Motorcycles runs the full gamut of sportbikes. It’s a collection that demands shelf space in the library of any true motorcycle collector or fan.

If you have any comments on this article please contact us or get in touch via social media.
Dill & Spinach Curry
How to Grow Perennials from Cuttings
See Drives Books 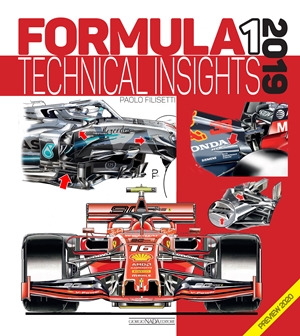 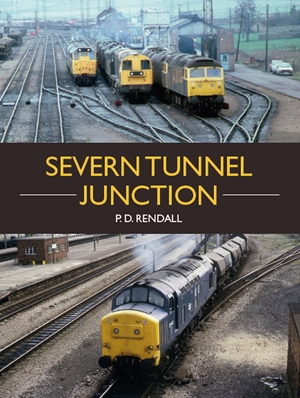 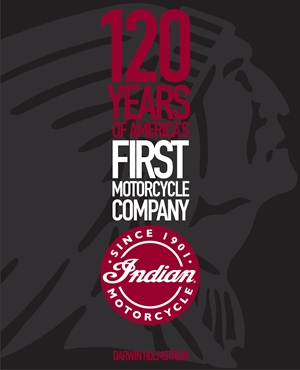