Souse vide is no longer limited to the pros. The Sous Vide Kitchen shows you how to make delicious meals and take your skills to the next level using this advanced cooking method. But first, what is sous vide?

Juicy steaks, tender ribs, and succulent salmon are what sous vide is all about. It’s a cooking method that gives you unprecedented control so that you get fantastic results, time and time again.

The literal translation of the French words sous vide is “under vacuum,” referring to the fact that food is vacuum-sealed before it is cooked. While the vacuum-sealing aspect is important for a number of reasons, sous vide is about more than that. Primarily, it’s about cooking with extreme precision when it comes to temperature.

Thomas Keller, in his classic sous vide book Under Pressure, says that heat is the most important ingredient in cooking but also the reliably. For years, Keller and other professional chefs have seen the appeal of sous vide’s precision. Now, home cooks have started to join the revolution. To understand why sous vide is so great, let’s compare it to a few traditional cooking methods.

When pan searing a steak, high heat is applied to the surface of the steak, cooking it from the outside in. The problem is that when the center of the steak is perfectly cooked (say, medium rare), you have a ring of overcooked, gray-colored meat around the perimeter; this is referred to as the “gray band.” With sous vide, you’re cooking at lower temperatures, meaning you can get steak medium rare from edge to edge, and then simply sear it at a smoking hot temperature at the very end to char the surface. The result is perfectly medium-rare meat throughout, and a beautifully charred surface—no gray band.

Oven cooking presents similar drawbacks to the pan. Let’s say you’re cooking a rack of lamb to medium rare (130°F/54°C). You’d set your oven to a higher temperature (perhaps 350°F/177°C) and then take the lamb out of the oven when enough of the heat has penetrated the lamb so that the outside is nicely browned and the middle has just the right amount of pinkness. However, because the oven air temperature is greater than the desired internal temperature of the lamb, if you leave the lamb in there for too long, or your oven isn’t perfectly calibrated, the lamb will overcook. This does not happen with sous vide; if you set a water bath to 130°F/54°C, the lamb will never go above 130°F/54°C.

This brings us back to the benefits of vacuum sealing. When cooking in the oven, moisture is constantly evaporating into the surrounding air. If you did try to cook that lamb slowly at 130°F/54°C in a traditional oven, you’d end up with something more like lamb jerky! Vacuum sealing prevents this loss of moisture with sous vide cooking.
You may now be thinking that sous vide is a lot like a slow cooker. While the two cooking methods do share similarities, sous vide has a leg up over slow cooking as well. Slow cookers help meat retain moisture, but they don’t retain all the moisture of sous vide. With a slow cooker, moisture is not necessarily contained within the meat.

Digging a little deeper, some cuts of meat, such as brisket, become tender when cooked for long periods of time because the collagen (the connective tissue that holds muscle fibers, bones, and fat together) breaks down. This is the effect you get with traditional methods of slow cooking, such as using a slow cooker, smoking, or a long, covered bake in the oven. At the end of a traditional slow cooking, meat may be very tender, but it will also have darkened. This isn’t necessarilya bad thing (think of pulled pork, for example), but the point is that you don’t have the option of slow-cooked meat that’s still pink in the middle. With sous vide, you can break down collagen over time and the meat can stay pink in the middle. This is due to the lower temperatures that you can lock in and hold food at with sous vide.

It’s not all about slow cooking, though. In addition to being great for tough meats, sous vide allows you to cook delicate foods, which require shorter and more precise cooking times. You can perfectly cook even the most delicate of fish. You can cook vegetables that still have their crunch and bright colors. When’s the last time you saw a slow cooker do that?
It’s worth making clear that while sous vide does have many benefits, it doesn’t replace traditional cooking methods—it complements them. Some foods are ready to eat straight away after sous vide cooking, but many require a finishing method. This is because while sous vide does a fantastic job of getting the inside of foods to the optimum temperature, it doesn’t offer high heat—which you need for caramelization and char. This is when cooking methods such as pan searing and barbecuing come in handy.
Thus, for many cuts of meat, sous vide cooking is the first step in a two-step process: you use sous vide to cook the interior of your food to perfection, and then use a high-heat finishing
method for the surface. The combined effect is one that’s greater than the sum of its parts!

Before you let two steps put you off, consider this: with sous vide you don’t need to babysit your food, monitoring its progress, and you finish with intense high heat for as short a time as possible, meaning the active cooking time is actually only a couple of minutes! So if you cook sous vide and finish in a pan, your active cooking time will be shorter than if you’d cooked in a pan from start to finish.

While I hope sous vide will save you time and frustration in the kitchen—especially when it comes to meat—I also hope you’ll fall in love with the food and the process as much as I have. Sous vide is currently the best way for home cooks to get consistent, restaurant-quality food without painful trial and error. And it offers unique tastes and textures simply not available with other cooking methods. So what are you waiting for? Let’s get cooking! 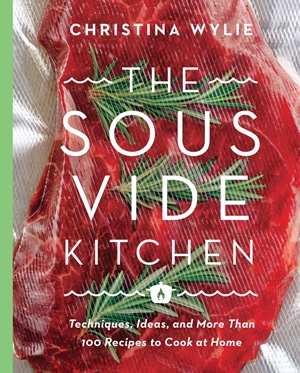 Use sous vide to cook absolutely anything!

If you own a sous vide machine, chances are you’ve tried it out by cooking burgers, steak, and pork. But that’s just the beginning. For years, restaurants have used sous vide to perfectly cook a wide variety of foods—now you can do the same. Join sous vide recipe developer Christina Wylie and take your skills to the next level: Use sous vide to make the perfect soft boiled eggs, then go further and learn how to use it to make scrambled eggs, overnight oatmeal, and other breakfast staples. For lunch, try topping your salad with perfectly cooked sous vide tuna or salmon (the secret is a short brine). For dinner, the options are endless. Choose from Asian dishes like Char Siu Pork Loin and Miso-Marinated Cod, reinvent a favorite with the Deconstructed Beef Wellington or Spicy Southern-Fried Chicken, or enjoy a surprisingly simple 48-Hour Beef Brisket. Finish the meal with a sous vide twist on cheesecake or a nightcap of homemade spiced rum (speed-infused using sous vide, of course).

With recommended times and temperatures for every recipe, unique combinations of sous vide with other cooking techniques, and more than 100 recipes to explore, this book will help you get the most out of sous vide.

If you have any comments on this article please contact us or get in touch via social media.
Darling Dangles for Your Bullet Journal
Tips for Painting Using Mood And Atmosphere
See Cooks Books 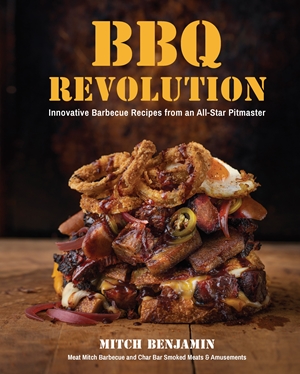 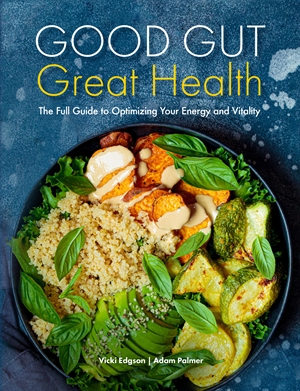 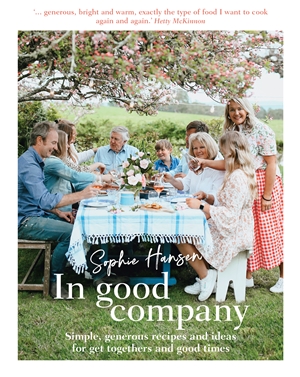