Most homeowners know the pain of a high electric bill during the summer and early fall months. Between running an air conditioner, a dehumidifier, and your usual lights and appliances, a summer heat wave can quickly turn into an astronomical energy bill!

Why not put the sun to work in your favor with the help of solar panels? You know that harnessing solar power can drastically lower your energy bill . . . but installing solar panels seems expensive and intimidating. A solar panel system that powers your whole house would be nice, but there are smaller, less intimidating options to help you cut down on electricity usage. Check out this excerpt and video from DIY Solar Projects – Updated Edition to find the solar electric system that meets your household’s needs!

1. A Starter System with Low-Watt Panel

Cell phone chargers are small and lightweight, and generally produce 5 watts or less of power A basic solar module such as this doesn’t store power—it will only charge the cell phone when the sun is out

In this type of low-wattage system power flows directly from the solar panel to a DC motor, light, roof fan or battery. When the sun is out, the device works; as the sun goes down, the device slows down and finally stops. A low-wattage panel like this (less than 5 watts) can also be used to top off a 12V battery or keep a battery that’s in storage charged during the winter, because the amount of power generated is low enough that there’s no danger of overcharging.

A solar drip charger is connected to the terminals of a car, RV or boat battery to keep it fully charged when it is not in use for extended periods of time.

Solar-powered garden lights are slightly more sophisticated because the panel charges a small rechargeable battery during the day instead of powering the light directly. The battery then powers the light when it gets dark.

Portable, foldable solar panels are small enough to fit in a backpack or pocket, but have enough power to keep electronic gizmos charged up. You can even plug one into your car’s cigarette lighter to top off the battery.

Water for irrigation is continuously pumped from a deep acquifer up to this storage tank during the day as long as the sun is shining.

As with the starter system, the DC motor in the pump used to refill this stock tank is powered directly by the solar panel, with no battery, and will not operate unless the sun is out. However, when the sun is out, the pump will operate more efficiently and produce more water than it would if the solar energy flowed through a battery, because up to a quarter of the energy generated by a solar panel can be lost when it is stored in a battery. The pump is given another boost by a linear current booster, which provides extra power to the pump when the light is low.

A solar-powered roof vent fan draws hot air from the attic during the day when the sun is out–the time when the attic is hottest. This type of fan generally does not include a battery, and is powered directly by the solar panel (although some manufacturers offer models with backup wind or AC power).

This type of system needs a larger panel to operate—typically 50 to 60 watts or more—and is usually sized by the solar panel dealer based on the well depth, pump size and other factors. It’s the perfect system for the stock tank; the supply of water stockpiled in the tank on sunny days is more than enough for the demand, so no battery is needed. Roof vent fans, and pond pumps for water circulation and small fountains are other types of solar-powered fixtures that use power directly from the PV panels without a battery because they don’t need to run at night.

This type of system begins to look more familiar, with a storage battery and a few AC outlets that can be used to power small appliances, electronics, lights, and even power tools. “Plug-and-play” type systems are generally under 100 watts, and are often small enough to be portable. Think of them as a silent alternative to a small gas-powered generator. They’re useful for camping, emergency power, recreation, powering small garages and utility buildings and similar uses. You can find pre-packaged systems at suppliers, or you can assemble your own from the individual components.

Buoy lights are a perfect use for a solar panel and battery. No other power source comes close to working as well and as cheaply for this application.

4. Off-Grid System for a Small Cabin or Weekend House

This system is large enough for a small, energy-efficient off-grid cabin or vacation home, providing power for lights, a well, electronics and a few basic appliances. If you do the installation and wiring yourself, the components for a system like this can be surprisingly affordable; some online dealers sell packages for $2,000 to $5,000. A small gas-powered generator or windmill can also be added to the system if needed for a backup power source during cloudy periods.

A small solar array in an off-the-grid cabin can provide some minimal power for ongoing use, as well as backup power

A whole-house system connected to the power grid will need an array of solar panels producing several thousand watts of power to meet household needs (depending on house size, energy efficiency and other factors), but the system is fairly straightforward, especially if you dispense with the battery backup. Power flows to a grid-tied inverter designed to work with the utility-system electrical grid. The incoming DC power from the solar panels is converted to AC with an inverter, then fed into the house circuit-breaker box and used just like power from the utility company. Any power that’s not needed flows into the electrical grid through a production meter, running the meter backwards. The electrical grid functions like a battery, absorbing extra power or providing it, as needed. If you create more power than you use, most utility companies will pay you or credit you for the excess.

If your house already has power lines coming in from the utility company, it makes sense to leave them connected when you install solar panels so you can use the electrical grid for storage and backup.

One of the advantages of this type of system is that you can start small, then add additional solar panels later. It also eliminates the need for expensive batteries and ensures a continuous, reliable flow of power. However, if the utility company suffers a blackout, the solar panels will not be able to provide power to the house unless you have a battery backup system in place.

This house is still connected to the electrical grid, but with the entire south side of the roof covered with solar panels, the homeowner generates enough electricity on sunny days to earn money back from the utility company.

Learn how to make your own solar-powered appliances and additions to your home with this updated edition of DIY Solar Projects!

Put the sun to work in your home with the new, expanded edition of the popular 2011 title DIY Solar Projects. Like the original, this edition offers small-scale, achievable solar projects that homeowners can build and install themselves. From cooking in solar ovens to mounting solar panels on your roof, this book teaches how to take advantage of solar energy. It’s all possible with relatively small investments and minimal DIY building experience.

You’ll learn how to make:

– Tool trailer with available AC-power (directly from the sun)

With clear instructions, tips, and step-by-step color photos for each project, this book takes the intimidation out of DIY solar builds. For those with more ambitious solar power plans, this updated edition contains information on outfitting your home with solar electricity collection systems and integrating them into your primary power supply system. Excitement about home solar energy is exploding, and DIY Solar Projects: Updated Edition sheds light on how you can get involved immediately.

This book also offers an extensive resource guide with links to tax-reducing, subsidy, and support programs on both a national and state-by-state level. With high energy costs and an environment that demands cleaner fuel sources, now is the time to introduce new, cost-saving solar projects into your home.

If you have any comments on this article please contact us or get in touch via social media.
6 Famous Stops Along Route 66
Ultimate Ford Deuce Gangster Car
See Homes Books 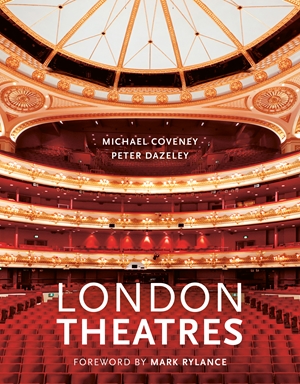 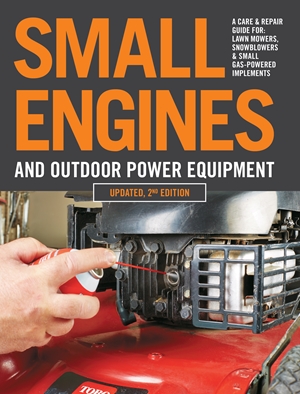 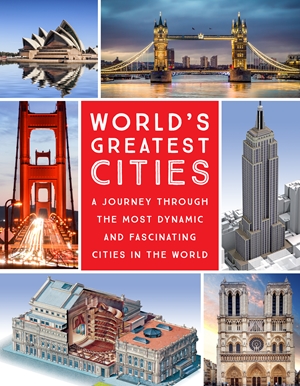 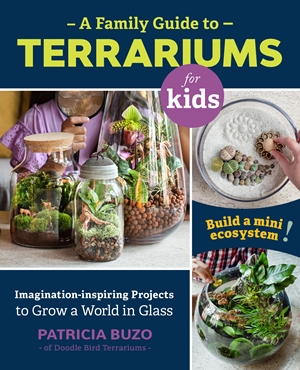