The aircraft’s used in World War II were, and remain, a force to be reckoned with. The pilots who flew these amazing jets endured vigorous training and remain remembered for their heroic duties. However, they weren’t the only heroes trained to treat these aircraft’s properly. The mechanics who worked on these “warbirds” had to undergo training themselves to qualify. The following excerpt from John M. Fredrickson’s, Warbird Factory: North American Aviation in World War II, offers a look at the training that went on for these mechanics at the Inglewood Mechanic Training School.

The mechanic’s school was partially camouflaged. The survival
of the aircrew members depends upon the ground crew’s ability to keep their airplane combat ready and in good repair.

In addition to pilots, mechanics also needed to be trained.Established in the summer of 1941, the North American Field Services department operated a contract factory school at Inglewood with the military designation of 3716 Army Air Forces Base Unit. Two course offerings were open to enlisted men determined, by army-administered testing, to have mechanical aptitude. They were focused on either the B-25 Mitchell or theP-51 Mustang. The curriculum was structured to provide twenty-eight days of training over five weeks. The 525 young soldiers were instructed six days per week and split into three shifts. Each of the five phases of training lasted one week: airplane (general);hydraulics; electrical; power plant; engine change out and run-up.The students slept in open-bay barracks at the school site, and the instructors were a mix of thirty-nine NAA civilian employees augmented by sergeants from army air forces.Classrooms were utilized for the academic training while“hands on” assignments were performed on dedicated non-flying airplanes permanently parked on campus.
The daily routine was reveille at 6:50 a.m., physical training at 3:45 p.m., and singing while marching to and from physical training. Retreat was at 5:15 p.m. Sundays were unscheduled and left open for worship, rest, or recreation.

A non-airworthy B-25 was used to train Army Air Forces
mechanics as the young troops, under the watchful eye of a white-lab-coated instructor, accomplish another hands-on training assignment.

Students at the mechanics’ school stand formation. Most
of these men will soon find themselves at a distant (sometimes exotic) overseas airbase.

There would be no backsliding while at the 3716th Technical School. Sustained military indoctrination was a vital component of the daily routine that included care of clothing and equipment,display of equipment, military courtesy, first aid, articles of war,sexual morality, personal hygiene and sanitation, small-arms familiarization, air-raid drill, fire drill, and orientation on military discipline and leadership.
By the end of 1944, an estimated 13,500 young men had been converted at the Inglewood factory school from awkward and naive American teenagers into qualified crew chiefs who were fit, prepared, eager, and ready to be deployed anywhere in the world.Many would return to civilian life and use their new found skills earning a good livelihood in aircraft manufacturing, general aviation, or as airline mechanics.

Harvard trainers are crated
for shipment by rail to a port (often Newark, New Jersey) and ocean shipment to Britain.

A Harvard trainer is tucked
into a crate destined to be loaded on a railcar.

Explore the WWII history of the company that later became a part of Boeing and made more aircraft from 1938 to 1944 than any other company in the United States.

During World War II, Los Angeles was the ultimate boom town. By the end of the war, the L.A. area had produced 17 percent of all of America’s war needs. North American Aviation, Inc. (NAA), operating out of their main Inglewood, California, plant, which is south of and adjacent to the city, was a key player in that work.

From 1938 to 1944, NAA built over 40,000 aircraft, more than any other company in the United States. The bulk of them were of three iconic types designed by NAA:

– The P-51 Mustang, arguably the best fighter of WWII.

– Two-seat military pilot trainers, such as the AT-6 Texan.

This is a fascinating story of a remarkable time in aviation history, when American businesses helped fund the arsenal of democracy that helped defeat the Axis powers. Warbird Factory tells this story with over 200 photographs, many of which come directly from the NAA/Boeing archives, where they have resided since WWII. This is an essential book for anyone interested in warbirds, aviation, Boeing/NAA, WWII, and/or the history of Southern California!

If you have any comments on this article please contact us or get in touch via social media.
The Farmall Tractor: A Century of Innovation
How to Properly Taste Wine
See Explores Books 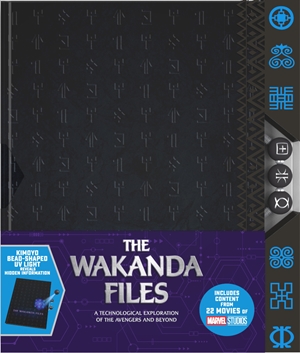 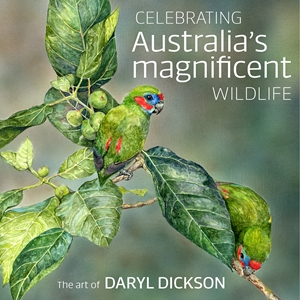