Remember reading Moby-Dick, Herman Melville’s tale of a devil of a whale versus Ahab, the captain of Pequod? Ahab sought revenge on the white whale, which had destroyed his previous ship and severed the captain’s leg at the knee. Well, that great American novel is based on events that actually happened back in early nineteenth century whaling days, which are brought to life in Wreck of the Whale Ship Essex—the memoir that inspired Melville to write Moby-Dick. The book includes a variety of photos, illustrations, excerpts, and historical accounts about what the world of whaling ships was like.

Below is an excerpt from Wreck of the Whale Ship Essex. Here, we have an account from Captain William Scoresby, who tells about the reality of boats being smashed by angry whales.

Boats Sunk, Stove, or Upset, by Blows from Whales

From An Account of the Arctic Regions, with a History and Description of Northern Whale-Fishery By Captain William Scoresby

The Aimwell of Whitby, while cruising the Greenland seas, in the year 1810, had boats in chase of whales on the 26th of May. One of them was harpooned. But instead of sinking immediately on receiving the wound, as is the most usual manner of the whale, this individual only dived for a moment, and rose again beneath the boat, struck it in the most vicious manner with its fins and tail, stove it, upset it, and then disappeared. The crew, seven in number, got on the bottom of the boat; but the unequal action of the lines, which for some time remained entangled with the boat, rolled it occasionally over, and thus plunged the crew repeatedly into the water.—Four of them, after each immersion, recovered themselves and clung to the boat; but the other three, one of whom was the only person acquainted with the art of swimming, were drowned before assistance could arrive. The four men on the boat being rescued and conveyed to the ship, the attack on the whale was continued and two more harpoons struck.—But the whale, irritated instead of being enervated by its wounds, recommenced its furious conduct. The sea was in a foam. Its tail and fins wore in awful play; and in a short time, harpoon after harpoon drew out, the fish was loosened from its entanglements and escaped.

The head of the whale is avoided, because it cannot be penetrated with the harpoon; but any part of the body, between the head and the tail, will admit of the full length of the instrument, without danger of obstruction. The moment that the wounded whale disappears, a flag is displayed; on sight of which, those on watch in the ship, give the alarm, by stamping on the deck, accompanied by shouts of “a fall.”—At the sound of this, the sleeping crew are roused, jump from their beds, rush upon deck, and crowd into the boats. The alarm of “a fall,” has a singular effect on the feelings of a sleeping person, unaccustomed to hearing it. It has often been mistaken as a cry of distress. A landsman, seeing the crew, on an occasion of a fall, leap into the boats in their shirts, imagined that the ship was sinking.

Read Owen Chase’s memoir which inspired Moby-Dick and In the Heart of the Sea, the major motion picture from Ron Howard, released December 2015.

Owen Chase was the first mate on the ill-fated American whaling ship Essex, which was attacked and sunk by a sperm whale in the southern Pacific Ocean in 1820. The crew spent months at sea in leaking boats and endured the blazing sun, attacks by killer whales, and lack of food. The men were forced to resort to cannibalism before the final eight survivors were rescued. Herman Melville based his 1851 novel, Moby-Dick, on the sinking.

Chase recorded the tale of the ship’s sinking and the following events with harrowing clarity in the Wreck of the Whale Ship Essex.

“I turned around and saw him about one hundred rods [500 m or 550 yards] directly ahead of us, coming down with twice his ordinary speed of around 24 knots (44 km/h), and it appeared with tenfold fury and vengeance in his aspect. The surf flew in all directions about him with the continual violent thrashing of his tail. His head about half out of the water, and in that way he came upon us, and again struck the ship.” – Owen Chase.

Filled with art, photographs, maps, and artifacts, this is a richly illustrated edition of Chase’s memoir, augmented with memoirs of other participants, as well as the perspectives of historians, contemporary and modern.

“If you are interested in a coffee-table book which covers the importance of the whaling industry and the wreck that influenced Herman Melville to write the American classic Moby-Dick, then get the Complete Illustrated Edition: Wreck of the Whale Ship Essex.” – William Connery, Author of Civil War Northern Virginia 1861

If you have any comments on this article please contact us or get in touch via social media.
7 Tips for Finding Your Small-Kitchen Style
7 Writing Prompts to Keep your Resolutions on Track
See Explores Books 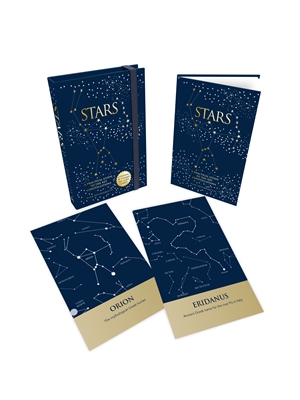