The only thing better than driving along America’s highways and spotting an iconic retro silver Airstream rolling down the open road, is driving one! Airstream is America’s best and oldest manufacturer of travel trailers and their inherent nostalgia remind us of the age-old desire to explore fearlessly. The following excerpt from  Airstream: America’s World Traveler takes a quick look at the man behind  the magic, Wallace “Wally” Byman.

MEET WALLY BYAM
Nearly every great product began with a hard-working genius who envisioned it, worried and sweated over every detail of its design, and finally brought it to market. Think of Henry Ford, Henry Steinway, Antonio  Stradivari, or visionary duos such as Orville and Wilbur Wright, William Harley and Arthur Davidson, and Charles Stewart Rolls and Henry Royce. These were great men with great ideas, and they worked magic to create products that have unending appeal, products that are evergreen

In the field of travel trailers, one company stands above the rest. Famous for its timeless styling, outstanding design, advanced features, and rock-solid quality, that company is Airstream, its product, the famed Airstream travel trailer. And like those other renowned products, the Airstream was the result of one man’s etermination to bring a new idea and a whole new level of expertise to the field. His life story illustrates how one ordinary person can rise above humble (even obscure) beginnings and make his mark on the world.  He was born on the Fourth of July, 1896, in Baker City, Oregon. His parents named him Wallace, after  an uncle who had recently died, but everyone knew  him as Wally: Wally Merle Byam. Even when he was young, people saw something unique in him. He stood out from the rest—an aunt who first saw young Wally Byam standing in a line of third-graders remembered thinking, “I glanced at him and knew immediately that  he was someone special.”

He came from a broken home, the son of Dr. Willis Bertram Byam, a well-to-do veterinarian, and Carrie Biswell Byam, who worked as a bookkeeper. They divorced in 1899, when Wally was just three years old. For much of his childhood he was shuttled back and forth between his parents, though he remained a happy child. At the time, Baker City was considered “a hip-shooting, free-wheeling, free-spending, wide-open boom town of the Old West.” In other words, it was a rough place.

Wally’s mother soon married David T. Davis, a local butcher, whom Wally remembered later as “a Western man—a hard rider.” When Wally was nine years old, his stepfather moved the family to Astoria, Oregon, a port town on the mouth of the Columbia River. Wally loved it there—it was an exciting waterfront town with plenty of adventures for a young boy. The port area gave him a place to watch big sailing ships coming and going, up or down the river, often escorted by a tugboat. As a youngster with an urge to see the world, Wally used to  dream about where the boats went after setting out to sea. He would later say that, more than anything, he wanted “to go places and see things.”  Concerned that Wally would grow up an only child, his
parents adopted a girl, Ruby. Since he was a bright child, his mother decided to send him to a Catholic school, where the nuns could offer a better education than what he would get in a public school.

Wally spent his boyhood summers with his Uncle Roger and Aunt Myrtle in Haines, Oregon, about ten miles east of Baker City—another rough-and-tumble western town of that era. In later years, Wally would joke that Haines had seventeen saloons but only  four churches!

By the time Wally was eleven, his father had moved to California. Some years later, his father got married again and moved to Idaho; after that, Dr. Byam’s contact with his son was sporadic at best. When Wally’s father died in 1936, his obituary didn’t mention that he had a son.  Young Wally was a clever, resourceful boy, mature for his age. When he was just twelve, Uncle Roger acquired a large flock of sheep and decided that his young nephew was old enough to tend them for the summer season at their pastureland, high up in the Oregon mountains. He set Wally up with a small, two-wheeled wagon pulled by a  donkey and topped with canvas for protection against the elements. It was fitted with nearly everything a boy would need to survive in the rough.
With this setup, Wally moved with his sheep to the upper pastureland, where he spent the entire summer. He worked from sunup to just before sundown. Each night, when dark was approaching, Wally unhitched the wagon and propped it up level, letting down the tailgate to provide room for sleeping. The little wagon carried a bed mat, blankets, kerosene cookstove, a supply of food, water, and all the other necessities of life on the range. Through the summer Wally lived and worked alone, accompanied only by his horse, donkey, and sheepdog, caring for his flock and watching out for wolves and other dangerous predators. He rarely saw another human being and spent his time living the carefree life of a cowboy.

This was an invaluable experience that Wally would use the rest of his life: it also gave him the confidence one acquires from learning how to take care of oneself. Sure, it was a rugged life, but Wally enjoyed it thoroughly. “I learned how to camp, how to pack a pack train, how to go anywhere and do anything, and how to care for myself outdoors,” he later recalled. It was transformative showing him a way of living he’d never known could be so enjoyable. Wally always felt his experience that summer helped lead him toward a life and career in trailering. It taught him how to improvise and prepared him to overcome any obstacles he would meet in life.  He was growing up fast and hankered after adventure.

Nothing seemed to scare Wally. At fourteen, he spotted an opportunity to ship out with a fishing fleet bound for Alaska. He begged his mother for permission to sign on as a cabin boy, and soon received it, though it must have made her worry while he was gone. His job on board was to keep the captain’s quarters in first-class shape, something he did with pride. The following summer, he asked to ship out with the fleet and again his mother allowed him to go. This time, though, he could sign on as an able-bodied seaman, doing a man’s job. He was all of fifteen years old and had become a member of the International Seamen’s Union, Pacific District.

Meanwhile, his stepfather wanted to move the family again. His business interests in Astoria weren’t working out, so he decided to pull up stakes and move to Portland, where he was certain there would more opportunities for them all. Young Wally, now a sturdy teenager, entered Portland’s Jefferson High School under a new last name, Davis. Perhaps he wanted the change because he’d seen so little of his real father, or perhaps he did it so people wouldn’t ask him why his surname was different from his parents’. Some believe he was ashamed of his real father. Whatever the reason, he changed his name: for a time, he was Wally Davis.

He did well in school, a straight-A student, and he even joined the debating club. It was a happy-go-lucky existence, probably the most enjoyable period of his young life. He graduated in June 1916, a carefree boy with no definite plans for the future.

If you have any comments on this article please contact us or get in touch via social media.
5 Exercising Fundamentals
Indoor and “Toy” Drones
See Drives Books 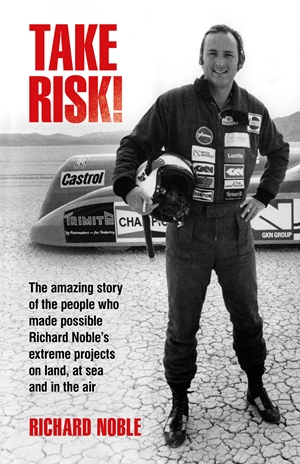 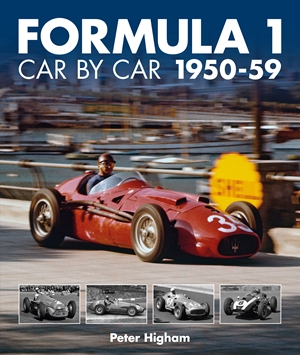 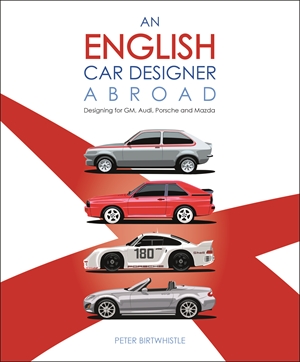 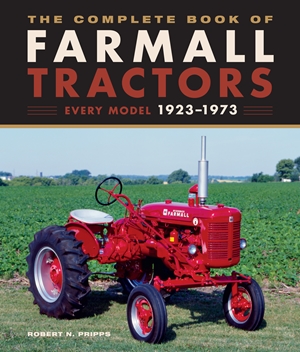