“To boldly go where no man has gone before.” That’s a sentiment that any creator or innovator (or Star Fleet captain) keeps with them as they look towards the future. But in some cases, this enterprising spirit can be directed at the past. Within the pages of Art of the Hot Rod you can meet Ken “Posies” Fenical, a man with an unconventional vision. He can look at a classic hot rod like an artist sees a block of marble. Custom ‘rods are his passion, and though tampering with classic, time honored models may seem like blasphemy to some, he has undeniable style. Check out his story, his philosophy, and some incredible photos of his work.

Ken Fenical, known as “POSIES” (his family owned a florist business), is one of the most creative, least conventional builders in the business. His shop in Hummelstown, Pennsylvania, just west of Hershey, turns out groundbreaking cars. Onlookers smile and nod. They scratch their heads in bewilderment and occasionally hate what they’re seeing but grudgingly admit he’s on to something.

After owning his first hot rod in 1959, he began building and pinstriping motorcycles. “Not knowing better,” he says, using one of his favorite expressions, “I switched from bikes to cars, often working on projects someone else had started. I’d build it into a statement, where I was able to express myself through the car, then sell it.”

“A statement,” he explains, “is a car that’s been reshaped in a way that nobody else has done before. I might think of an idea, and when I finally do it, I might end up seeing it on some vintage car from the ‘30s. So I can’t take all the credit. Let’s call it an influence, whether it’s subliminal or not. Like my doing a hardtop on a ’32 roadster, or putting a spare tire in the fender well. When I did that, nobody in the U.S. used it in the magazines, but the Europeans liked it, and I developed a following over there.”

“I still strive for individual cars that are statementmakers,” POSIES says. “I look at what’s there, then I enhance it, in a hot rod way.

“After realizing other people wanted to own my finished cars more than I did, I started targeting that aspect. I wanted to show potential customers that I had the ability to make their projects excel. Alternatively, I could offer my thoughts to their thoughts to make a car outstanding.”

Back in 1981, the irrepressible Fenical built a yellow ’36 Ford with a Carson-style padded top. “People had forgotten what the past was about. This cool custom reminded them. My touch was the LaSalle grille shell, but I flipped it upside-down so it mated perfectly with the hood line. And I lowered the spare instead of removing it. This car may have been one of the first old-style customs that was nose-diving instead of tail-dragging.” As a hot rodder, he says, “I didn’t appreciate tail-draggers, and I still don’t.”

POSIES has a keen designer’s eye, a metal wizard’s delight in reshaping steel, a mechanic’s dexterity, and an inventor’s curiosity. There isn’t anything he won’t attempt if he feels it will result in an exceptional car. Working in a small Pennsylvania town, he’s long understood the importance of garnering national attention.

“I didn’t know the magazine industry was as close as it really is,” he confesses. “It’s out there for the taking. The publicity opened another kind of world to me. The late Gray Baskerville was a biginfluence on my ’36. That car was featured in 28 worldwide publications, a phenomenal feat at that time. It struck a responsive chord. That’s an example of making a statement.”

“In ‘87, after (the late) L’il John Buttera brought the monochromatic look to the surface, I mixed it up a little. I wasn’t ready for full color,” he notes modestly. “So I separated colors vertically on my ’38 Ford convertible sedan. The front was red; the rear was black, and I painted the billet wheels. Three months later, (the late) Boyd Coddington painted a set of billet wheels yellow. It’s great when the things we do become strong editorially, or they’re photogenic, but that’s just the start. “If you can take a flip-down license plate and make a kit out of it, like Dan Fink, then make money selling it, that funds your drive for more projects.”

POSIES’ big moneymaker was his Super Slide Spring. “I realized that [the late] Jim Ewing made a tube axle that was never standard. In 1968, I told Ewing, Pete Chapouris, and Jim Jacobs, ‘You need to make a standardized tube axle that fits fendered cars.’ Every time I ordered one of their axles, it was an eighth-inch or quarter-inch different. I said, if you standardize it, I’ll provide a spring for it. Later, when they did I-beam axles, I could standardize the spring, provide different heights [stock, reverse-eye, and super-low], and assign part numbers.” Today, POSIES builds and sells many different springs, along with other suspension parts.

To POSIES, the creative process is a constant turn on. You can see it in a long line of imaginative rides that resemble nothing else: the Flathead Flyer, Phunkie ’32, Extremeliner, Aeroliner, and his latest ride, the Fleetliner, are all polarizing cars. With every POSIES statement, visual excitement spikes up another notch. “What would this be like?” he speculates, then he builds it. “That’s part of not knowing better,” he jokes. “If I did, I’d be doing something more important.”

POSIES has a set of rules for would-be clients. “We like them to go to three or four national meets, ask questions, go on a learning curve, even visit two or three other shops before they become our customers. Most importantly, we want them to find a car that meets their standards.”

“I need to find out what a customer wants,” he continues. “If he’s married, what are his wife’s likes and desires? Does he understand colors? How involved is she? When I understand what he wants to build, I get them to pull colors out, once I hear what they’re creating, then challenge them. I ask, ‘What if this would be better?’ When they buck me, I get back to where they want to be, or take it to a second challenge to make sure it’s correct. And I re-guide them if necessary.

“Seldom do I ever get to build a car from scratch, my way, for someone else. But I’ve been fortunate to do cars that were strong statements for other people—like that ’57 Chevy for Vic Edelbrock, Jr., the Nash Metro for Steve Irbie of Kicker Stereo, and Bill Kolovani’s ’41 Willys.

“It’s too easy to blend into the background, to disappear,” POSIES insists. “That’s what it’s all about; you want to be an individual, so you go for it. I just do what satisfies me, for the moment. Each of my projects is a fun statement, and they’re all individualistic.

“When I pulled the cover off to reveal the Aeroliner at the SEMA (Specialty Equipment Market Association) Show, a lot of people were there. It’s a nice experience, but you can’t pay bills with it; you can’t eat it. I appreciate the glory, but the big thing is being able to accomplish the project and make the statement. Once that’s been done, I look forward to the experiences that come from it: the chance to exhibit at the Petersen Museum, to meet Jay Leno on Rodeo Drive, to go to Meadow Brook, to become friends with Jack Roush, to talk to BF Goodrich about a tire design— that’s the best.”

Asked which car he’s most proud of, he says, unhesitatingly, “My red and black ’38 Ford—10-point roll cage, Henry Hi-Rise tailpipes, like sitting in a Cadillac, 427 side oiler, like a big-block ’32, only it’s a four-passenger hot rod. That’s the one I’d like to own back.

“Most fun in a car? That’d be my ’32 Phunkie. The day I finished it, I drove it cross-country, participated in the Hot Rod Power Tour, got up in the morning in Santa Fe, with snow all over the car, turned on the heater and went down the road. It was the first Brookville roadster body sold. My first attempt at a ’32 was not like anybody else’s. I called it Phunkie so they couldn’t criticize the funkiness.”

His proudest moment? “Dave McClellan was the speaker at the 1999 Detroit Autorama, in front of the Big Three. ‘I’d like to introduce you to POSIES, with the Extremeliner,’ he said. ‘That’s where the PT Cruiser came from.’ Tears came to my eyes because we always thought that.

“I think we should pat the rat rodders on the back,” he concludes. “They’re building crude, rude, hard machines. Keith Weesner said it best: ‘They’re just not finished.’ I’d be at a nice-sized car meet and I’d see affluent couples with a hundred thousand dollars in their cars, going toward a rat rod, just fascinated. There was something there.

“I’m not into the ratty aspect. I like the creativity and ingenuity, but I like my cars to be finished and safe to drive. So I built the ’29 ThunderRoad pickup, owned by Scott Whitaker of Dynamat, into what I used to see coming out of California. Josh Shaw, a renowned faux painter, paid me a big compliment. He was leaning against a building, looking at that truck’s profile for an hour, studying. He’s just a young guy, and he approved of the things I did. You’ve got to love that.”

Art of the Hot Rod is a feast for the eyes–a gallery of gorgeous hot rods, the best you’ll see from the world’s top hot rod builders!

A hot rod is art on wheels, and this book contains a whole gallery of the best you’ll ever see. In this exclusive collector’s edition of Art of the Hot Rod you’ll find a jaw-dropping array of beautiful hot rod photos, plus special gatefolds, updated text, and exclusive frameable photographic prints.

Art of the Hot Rod: Collector’s Edition celebrates the uniquely American marriage of mechanical know-how and an inspired sense of style and design. Built from the ground up, pieced together from salvaged or hand-built parts, rebuilt with classic looks and modern technology–these automotive works of art are as powerful on the page as they are on the street. The book profiles top builders such as Pete Chapouris, Roy Brizio, Vern Tardel, Troy Trepanier, and fifteen others and features studio portraits of their most outstanding custom creations. Through the stunning portraiture of master photographer Peter Harholdt, Art of the Hot Rod captures these magnificent vehicles as they’ve never been seen before. In addition to full-color photography and updated text, this special collector’s edition features two gatefolds with new photography and four garage art photo prints.

If you have any comments on this article please contact us or get in touch via social media.
Il-LIST-ration: Strange Items in a Purse
How many fish can you spot on this colorful coral reef?
See Drives Books 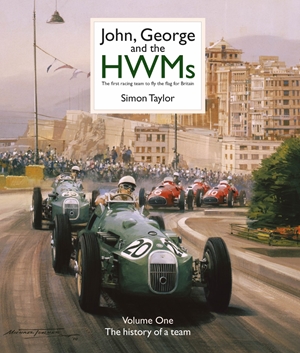 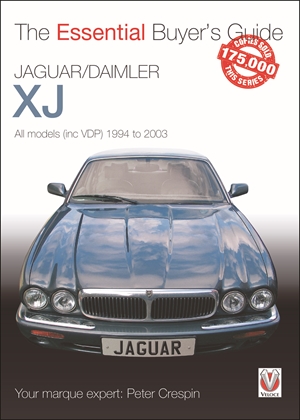 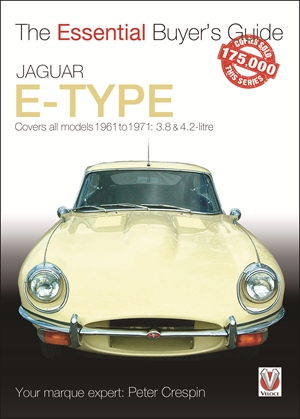 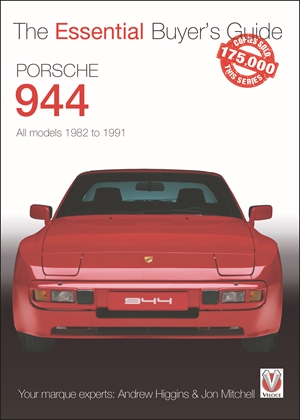