The Ford Mustang seems to just get better and better with each new model, but you have to admit, there’s something extra alluring about the classic versions of the Mustang. We are intrigued by the first pony cars manufactured between 1965 and 1970. It’s wild to think about the break-neck speed with which the Mustang was developed and hit the pavement in towns across America in those early days. The following excerpt from The Complete Book of Ford Mustang: Every Model Since 1964 ½  highlights the prolific rise of the Mustang in the 1960s.

Ford’s new Falcon (at left with Donald Frey) established a first-year sales record in 1960. The Mustang (with Iacocca at right) then broke that record in April 1965.

On Friday, April 17, 1964, Dearborn officials introduced America to an entirely new breed of automobile, a fun machine that brought buyers galloping into their friendly neighborhood Ford dealerships like there was no tomorrow. Demand instantly overwhelmed supply, with the few available showroom teases claimed even before they were unveiled. Tugs of war were common. In Garland, Texas, 15 customers wanted a local dealer’s last Mustang. His solution was to give the car to the highest bidder, who then insisted on spending the night in his prize to ensure it wouldn’t be sold out from under him before his check could clear the next day.

In June 1964, Ford officials announced the availability of the optional High Performance 289 V-8, a hot small-block that backed up those sporty good looks with some decent muscle. Eagle eyes might notice the small “High Performance” lettering added behind the typical “289” fender badge on this 1964-1?2 Hi-Po convertible. Mike Mueller

In 1963, Ford tipped off much of the look of its upcoming pony car with the Mustang II show car, literally a modified pre-production model.

Henry Ford, I do declare You have your Grandpa Henry’s flair. He put a Ford in every home. You put a Mustang there. Congratulations. The wait out here is somewhat sickly; Could you fix me up more quickly?
Original forecasts claimed no more than 100,000 new ponies would hit the streets that first year, but Lee Iacocca knew better. His goal from the beginning was to break Detroit’s new-model first-year sales record, set by Ford’s own Falcon (at about 417,000) just four years prior. The battle cry around Dear born early in 1964 became “417 by 4-17,” meaning the plan was to sell at least 417,000 pony cars by April 17, 1965. Not a problem: the tally on 4-17-65 read 418,812,equaling 1,638 more Mustangs in 1965 than Falcons in 1960. Of that record-breaking total, 121,538 were so-called 1964-1?2 Mustangs. Because it was introduced in the middle of a model year, Ford’s first pony car rolled through an extended 18-month run that ended in August 1965. Most sources then identified all these Mustangs as 1965 models, but various running changes adopted in August 1964 made it relatively easy to differentiate those built before that date from those coming afterward. Listing those changes, most of them quite trivial, isn’t easily done in 25 words or less. Fortunately, one major clue exists: ’64-1?2 Mustangs used generators, ’65s used alternators. Production for the true 12-month 1965 model run was 559,451 Mustangs. Targeting emerging baby boomers was just one key to the Mustang’s overnight success.

A Falcon-based sports car was sketched up in September 1961.

According to Iacocca, another important facet involved “the three faces of Mustang.” With a base six-cylinder engine, a Mustang coupe was a frugal economizer in 1964. Customers with fatter wallets could’ve created a relatively luxurious mini-T-bird. Last, but certainly not least, was a hot rod alter ego made possible by installing Ford’s 271-horsepower High Performance 289 V-8, announced as an option in June 1964. All Mustangs, regardless of equipment, looked sporty—some simply played the part more convincingly.

Model names considered early on included “Cougar,” which would resurface for Mercury’s pony car in 1967. Apparently, a prancing feline didn’t quite evoke the same emotional response as a galloping horse.

Two body styles initially were offered, with a sexy convertible going for about $2,600 when fitted with the budget-conscious six. The more practical notch back coupe outsold its topless counterpart by nearly 3.5:1 that first year. A third variation, the fashionable 2+2 fastback, joined the original duo in September.
Six or V-8, top or not, the truly fresh 1964-1?2 Mustang became, like the Beatles that year, bigger than Jesus. Hot on the heels of an unprecedented marketing push came an equally overwhelming media response. Headlines transcended the automotive press, with Iacocca and his pride and joy even showing up concurrently on the covers of both Time and Newsweek. Among those caught up in the promotional blitz 40-some years back was 18-year-old Ron Hermann. “Of course I saw all the ads,” he recalls.
“And I wanted to be the first on my block with a new Mustang.” At the time, Hermann’s father knew someone with clout at Ford, and this fellow made sure Ron’s request took precedence over so many others. “Having friends in high places goes a long way,” he says with a chuckle.
Hermann put $100 down to secure the chance to buy the one Mustang then touring the Philadelphia area. “I followed the car around town to make sure no one messed with it. This was my car; I didn’t want people touching it.” He stayed on watch for three months, tightly clutching his promissory contract all along. “One guy offered me $500 for that piece of paper.” But it was no sale. When Hermann finally did take his Mustang home from Philadelphia’s Barr Ford, he instantly became the talk of the town. “A lot of people stared when I drove by; a lot of girls wanted to take rides.”

The original Mustang looked and felt sporty regardless of which engine resided beneath that long hood. Bucket seats, a floor shifter, and a six-cylinder were all standard.

Though he honored many of those requests, he never again used the car regularly after that. He still owns his untouched Mustang, claiming it has never seen rain or snow, nor taken on new tires. The odometer presently shows 17,000 miles. “To this day, I don’t know why I did it, why I kept this car without driving it. My relatives kept saying, ‘You should use it,’ but I just couldn’t.”
Talk about devotion. Such legendary loyalty helps explain why the Mustang is still running 40-plus years after its birth, something no other pony car presently can claim. Mustang roots actually run all the way back to 1955, the year Ford unveiled another long-hood/short-deck wonder, the two-seat Thunderbird,a modern classic that proved that small, fun packages could sell. Yet as much as loyalists loved the original T-bird, Dearborn officials just couldn’t leave well enough alone; they widened the car’s scope by adding a back seat in 1958. Purists could cry all they wanted, but all complaints were drowned out by the sound of bean counters laughing all the way to the bank as Thunderbird sales doubled that year.
Ford planners, meanwhile, kept their minds open to the possibilities of marketing another diminutive automobile. But when they tried the small-car thing again, they did so with the affordable, painfully mundane Falcon, introduced for 1960 along with two rivals, Chevrolet’s Corvair and Plymouth’s Valiant. Ford’s first Falcon out sold Chevrolet’s rear-engined compact by nearly a 2:1 margin on the way to shattering Detroit’s record for instant success.
Such prosperity right out of the box certainly was nothing to sneeze at. Yet some Ford people still wondered what the results might have been had the Falcon not been such a plain-Jane vehicle. Among this group was the 36-year-old former marketing manager who had just been promoted to Ford Division’s top office: Lee Iacocca.
Unlike his conservative predecessor, Robert McNamara, Iacocca was ready and willing to rock the automotive world. As Iacocca later explained in his 1984 autobiography, McNamara “was a good businessman, but he had the mentality of a consumerist. He believed strongly in the idea of a utilitarian car, whose purpose was simply to meet people’s basic needs.”

The Mustang’s unit-body platform shared much of its makeup with the compact Falcon.

A conventional solid axle, suspended by parallel leaf springs, held up the original Mustang’s tail and would do so up through 1978.

Front suspension consisted of a coil spring bolted atop an upper A-arm. A parallel control arm brought up the lower end.

Iacocca, on the other hand, had in mind what he called “a good-looking little youth car,” and to get his ball rolling, he called together a group of creative players almost immediately after his November 1960 promotion. Included were product planners Donald Frey, Hal Sperlich, and Donald Petersen. Marketing man Bob Eggert, public relations manager Walt Murphy, and racing guru Jacques Passino were present, too. This group met every week for 14 weeks at Dearborn’s Fairlane Motel and thus became known as the “Fairlane Committee.” Putting ideas down on paper began in earnest late in 1961. Early parameters for Iacocca’s youth car were quickly established: a wheelbase no longer than 108 inches, total weight of about 2,500 pounds, and a price tag equal to no more than a dollar a pound.
Iacocca also specified a back seat, even though Gene Bordinat’s Advanced Styling studio had started drawing up various sporty two-seaters earlier that summer. Iacocca himself gave Bordinat 13, 1964, at the New York World’s Fair. Next, an unprecedented broadcast barrage began on Thursday evening, April 16, as Mustang television commercials ran on all three networks at the same time. Seemingly endless print ads popped up in essentially every major publication that weekend. But who had time to sit down with a paper? On Friday, the rush was on to see the little car America would be reading all about soon enough.

The Complete Book of Ford Mustang

The entire history of America’s original pony car, in its full glory.

Ford’s Mustang is America’s most iconic pony car. According to many, it is the only vehicle that really earned the title “pony car.” This lavishly illustrated work walks readers through Mustang’s 50-plus years of continuous production – a rich and varied history nearly unmatched in the automotive world.

From the first six-cylindered Mustang of 1964-1/2 through fire-breathing, world-beating Boss and Shelby versions to today’s all-new Mustang, The Complete Book of Mustang offers an in-depth look at the prototypes and experimental models, the anniversary and pace cars, and the specialty packages for street and competition driving that have made the Mustang an automotive legend for more than a half century. Officially licensed and created in cooperation with Ford and providing extensive details, specs, and photographic coverage, this book is the ultimate resource on America’s best-loved pony car. No muscle car enthusiast, motorsports fan, or car collector will want to miss this book!

If you have any comments on this article please contact us or get in touch via social media.
What to Plant to Attract Beneficial Insects to the Garden
3 Tips for Night Sky Watchers from Author Raman Prinja
See Drives Books 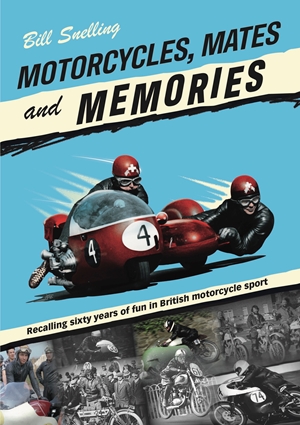