Sometimes greatness comes from thinking outside the box and bending the rules a little. Such was the case for the legendary Yenko Camaro supercars of the late 1960s. Muscle Car Source Book provides the whole story, complete with all the hard numbers and stats.

Pennsylvania-based Yenko Chevrolet created its first Camaro super car the hard way by swapping in a corvette-sourced l72 427 V-8 and adding various hot hardware. A second 427 s/c Camaro followed in 1968, this time converted with a bit less fuss/muss thanks to a little-known paperwork loophole. In GM parlance, this process was known as “COPO,” short for “central office Production order.” Meant primarily for volume customers like trucking firms and police departments, COPOs represented a relatively easy way around corporate red tape while fulfilling special equipment orders. In most cases, a thumbs-up from engineering was all that was needed to transform such requests into reality. Of course, if this process worked so well for power company trucks, it also could be applied to high-performance automobiles.

Making a COPO happen, however, was by no means a simple task. “There was considerable engineering work put into all COPO requests,” said Pontiac historical services’ Jim Mattison, who was working in Chevrolet’s Fleet and special services department during the 1960s when Vince Piggins began using this paper trail to build some seriously hot Chevys. “Every COPO option had a material sheet that listed every part added and deleted to make the package work. It was very intricate and precise work. the only ‘relatively easy’ COPOs were the special paint vehicles that we did for fleet users, as well as individual [orders].”

Digging up COPO roots is not easy; not even Mattison can say when this practice originated. According to archivist Christo Datini at the GM Heritage Center, no internal records detailing COPO history have surfaced to date. “But I spoke to [former GM engineer and author] Ken Kayser about this, as he has seen a lot of Chevrolet paperwork over the years. He told me a story about one of his research trips to Chevrolet when he was given access to a parts drawing file. He was researching 1956–57 Corvettes and came across a binder labeled ‘COPO.’ The binder simply listed numbers in order that were pulled and assigned as a COPO and the dates they were ‘reserved for COPO,’” explained Kayser. “There was not a single word as to what the number was for. It was just so the numbers would not be used by the draftsmen and engineers.”

“This would indicate that the coPo process was around at least as early as this,” added Datini in February 2014. “Ken believes [coPos] may have begun sometime after World War II.” COPO paperwork proved just the ticket to help make Yenko’s transformations less troublesome in 1968. coPo #9737, identified as the “sports car conversion,” added heavy-duty cooling, upgraded brakes and suspension, and a 140-miles per hour speedometer to a special production run of 396-equipped Camaros, which Yenko then used as bases for its 427 S/C models. As in 1967, out went the stock engine, in went an l72. but that was just the beginning. reportedly Yenko people began meeting with gm officials in the summer of 1968 to discuss ways to make their S/C conversion even easier, with the goal being to do away with engine transplants altogether. While ordering 427-equipped Camaros direct from Chevrolet through typical RPO channels was of course impossible, end-running around corporate roadblocks using the COPO route appeared perfectly doable.

Chevrolet general manager Pete Estes agreed, giving the go-ahead to Piggins’ group to develop a special run of Corvette-powered pony cars. two COPO-coded Camaros appeared in 1969: #9561 and #9560. the coPo 9561 F-body was created for Yenko and featured the cast-iron l72 427. COPO 9560 was done for Gibb Chevrolet in Illinois. like Don Yenko, Fred Gibb and his righthand man, racer Dick Harrell, also approached Vince Piggins in the summer of 1968 with a COPO request to build 427-powered Camaros, but not just I72s. They also wanted the exotic all-aluminum Zl1, which was installed in only two corvettes in 1969. to meet nhrA homologation rules, Gibb ordered 50 COPO 9560 Camaros for his lot in Laharpe, Illinois, with the first two arriving on December 31, 1968. Another 19 went to various dealers across the country who also found out how tough it was to market this highstrung, high-priced pony. base price for a typical V-8 Camaro in 1969 was $2,272. COPO 9560 tacked on another $4,160.15. An official price was still in the works when Gibb placed his order; he guessed that $4,900 would be tops. Nearly all the cars had arrived in Illinois before GM billed him in March. More than a bit overwhelmed, he somehow managed to send 20 Zl1s back to the Norwood, Ohio, plant for reluctant redistribution.

From 1963 to 1974, muscle cars were the kings of the road–no other American automobiles have ever inspired as much passion as these classic performance cars.

Muscle Car Source Book is a one-stop resource for muscle car fans. Heavily illustrated with vivid color photography of all the muscle cars from the classic era (1963-1974) and chock full of data and historical facts, this is a reference book you will not want to put down! All of the manufacturers–Ford, Chevrolet, Pontiac, Buick AMC, Dodge, and Plymouth–are covered, and so are the cars, including the Camaro, Mustang, Charger, GTO, and many more!

Statistics: All the performance data available for each car is presented in easily read tables.

Specifications: Detailed specifications, including horsepower and torque ratings, curb weight, fuel capacity, stock wheel and tire sizes, and other key technical data unique to each model is given.

Production numbers: Production information is broken down across all the performance variants and major features.

If you have any comments on this article please contact us or get in touch via social media.
Sugar May be Secretly Causing Your Sinusitis
Minecraft Labs for Kids: Cookie Mania
See Drives Books 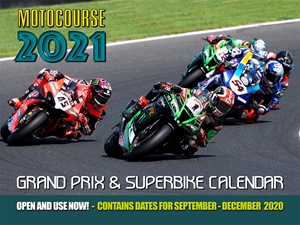 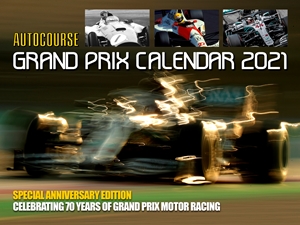 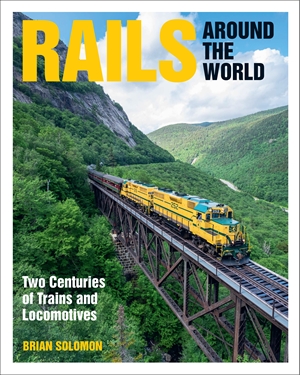